This week’s Game of Thrones review comes courtesy of Scott Reynolds, who is very much clued in on the show. Worry not, there’s nothing regarding the books, but it is certainly filled with spoilers for the show.

If this week’s episode had to be described in as few words as possible, I would quote Ser Davos and say “it was completely fucking mad.” Well said, Ser. Once again, the show opened where the previous left off, with Jon Snow rising from the dead, and now we can all sleep easy knowing that there were no tricks or catches behind his resurrection. As Jon leaves his chambers with the assistance of Ser Davos, he is greeted by a cluster of wildlings and Night’s Watchmen, chief among the two groups being Tormund and Edd. Tormund embraces Jon, but not before making a joke about his undersized pecker. And Edd speaks for us all when he asks if it really is still Jon, which so far it appears to be. Of course Melisandre approaches Jon too, amazed that her power had worked, and asks to see what he saw on the other side. Nothing. In a world ripe with religion and belief in the afterlife this may not be the news the priestess wanted, but for us it could mean a whole lot more. So far we haven’t seen a change in Jon, but coming back from death changes a man (as stated in previous seasons) and seeing nothing may leave its own kind of scars. How does a man live his life knowing there is nothing waiting for him on the other side?

The episode visits Bran once more in the midst of a vision with the Three-Eyed Raven. This time their warging takes them to the day that Ned and a group of his bannermen rescued Lyanna from Dorne. Unfortunately, we don’t see Ned actually find Lyanna, (perhaps in a later episode) but we do see one of the most epic sword fights in the entire show. Ser Arthur Dayne and his fellow Kingsguard are outnumbered, however the odds fall in their favour as he slaughters most of Ned’s men. This leaves just Arthur (wielding two swords) and Ned going at it. Ned is clearly the poorer fighter and is unarmed, but in a surprise attack from an injured Howland Reed (Meera’s father) Arthur is killed instead. After being time and time again told how Ned defeated Arthur, we are left confused as to why Reed received no credit in the fight. This, combined with Reed being a man that we have heard a lot about but have yet to see, raises a lot of intrigue into the man himself and whether he may play another role in the visions (or even present affairs) to come. The Raven pulls Bran from the vision just before Ned enters the tower and seems a bit too shady when asked why they can’t go in. Typical of our nature, not being shown what’s inside only increases our desire to know.

“How does a man live his life knowing there is nothing waiting for him on the other side?”

Across the Narrow Sea, we are reunited with Daenerys as she is finally brought before the Dosh Khaleen. We had thought being brought to them would secure her safety while she awaits rescue from Jorah and Daario, however, we are promptly brought to our senses when it is revealed there is to be a great vote regarding her fate. This would leave us pretty worried for her if not for the fact that she commands the support of quite a sizeable dragon. Meanwhile, back in Meereen, we are given a little insight into Varys’ ways of getting information – mostly subtle threat. A touch disappointing, right? We expected something a bit more cunning from the Master of Whispers. 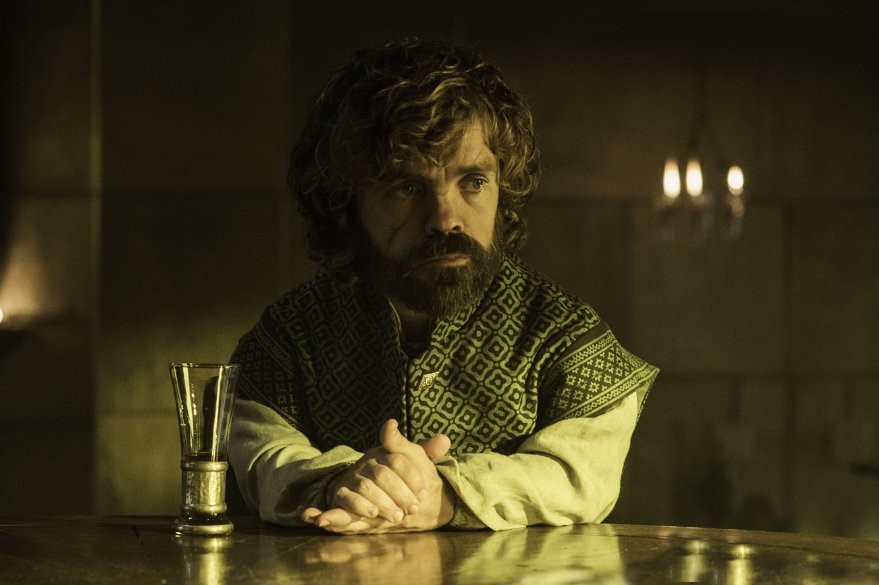 In King’s Landing we see just how utterly useless Tommen is when he attempts to persuade the High Sparrow to allow Cersei to visit her dead daughter. He tries to assert his authority as king and even goes as far as to hint at threat, but he is too easily swayed when the Sparrow sits him down and has a nice chat about religion. I can’t be the only one who wants this kid to make a decision of his own? His lack of conviction is pretty detrimental to his character – people who can’t decide where their alliance lies don’t fare well in the game of thrones. While Tommen struggles with how to be king, his mother and father struggle to keep hold of their power. The Lannister twins have always been quite cunning and subtle in their manipulation, but now their motives are as evident as their current struggle. Uncle Kevan only adds to their strife, as he proves to be less wilfully blind than their late father, Tywin.

Arya’s quest to become no one takes a huge leap in this episode. During a training montage, which lacks only the 80s rock soundtrack, we hear Arya and the Waif discussing her past as Arya Stark. The exercise is designed to see how well Arya can distance herself from the person she once was, and her reward of a vision would indicate she once again passed with flying colours. Although that was a huge moment in the scene, perhaps a more significant one was when she referred to Jon Snow as her half brother. Arya and Jon had always been closer than any of the other Stark children, and to hear her refer to him as something other than her brother gets us wondering if she really is becoming no one.

In other Stark news, we finally get to know what’s going on with the youngest of the siblings, Rickon. During a meeting with one of his bannermen, Ramsay welcomes the lord of the Umber house, who offers a gift to him in the form of Rickon and Osha. (The two left Bran to go to the Umbers at the end of Season 3 and it was uncertain what had become of them.) Umber also brought Ramsay the head of Rickon’s direwolf, Shaggydog, for good measure. It seems that Ramsay now has the perfect leverage to bend Jon Snow to his will, but that may not be the case. The Umber lord refused to bend the knee or swear an oath to Ramsay, instead offering Rickon – a strange thing for a northern lord to do, considering the Northmen are renowned for their traditional values. Could it be possible that the Umbers are unwilling to speak a vow that they know they’ll break? The episode is entitled “Oathbreaker” but no oaths are technically broken, which would suggest we shouldn’t take things at face value in this show.

“Jon died, and with him, so did his duty”

Back on the Wall, Jon Snow executes the traitors who killed him. He has them all strung up ready to be hanged and looks each of them in the eye before hearing their last words. All except for one. Olly is the last in the line-up and Jon visibly struggles to match his gaze, and when he does, says nothing. Jon mercilessly lets them hang and watches as each one dies. After which he removes his Night’s Watch cloak and gives command of the Wall to his trusted friend Edd, stating “My watch has ended.” The episode ends as Jon walks away, seemingly through the gates of Castle Black, with the crowd staring in astonishment. To take the oath of the watch one declares, “And now my watch begins. And it will not end until my death.” Jon died, and with him, so did his duty. Now he is not only a man who has known death, but also a man who has neither duty nor title. Free to do as he wishes, it is uncertain where Jon’s story will take him, but with his brother a captive at Winterfell and an army of wildlings he calls allies, we can be sure it will be action-packed.