This week's review sees the return of Scott Reynolds taking the reins to guide us through Episode 7.

This week’s episode, ‘The Broken Man’, ditched the scene structure that we have become accustomed to this season, and swapped it for something slightly more helter-skelter. Although this was most likely a conscious decision intended to reflect some of the characters’ (specifically Jon Snow’s) sense of urgency, it is much easier to review the episode character by character, rather than scene by scene.

Let’s start with the Lannisters and Tyrells in King’s Landing. After last week’s revelation of the Crown’s union with the Faith, the two most powerful houses in Westeros were left beaten by the High Sparrow, almost entirely thanks to Margaery Tyrell. This episode saw more of Margaery’s devotion to the Faith, one which she tries desperately to spread to her family – or so she would have the High Sparrow believe. Much like in the past, when she made sure she was seen being kind to the poor, she now makes sure she is seen being holy by the Faith. Props to her acting skills, as I’m sure she had us all fooled. Lady Olenna (Margaery’s grandmother) pleaded with her to run away back to Highgarden, the ancestral home of the Tyrells, and renounce the Faith that she seemed so convincingly loyal to. It wasn’t until Olenna had given up that we (and she) discovered that Margaery is playing the long game. With the Faith ostensibly all powerful, it seems that Margaery has some tricks hidden up her sleeve that may finally bring them down, and raise the great houses to their former glory. But is that really a good thing? Let’s be honest, who really wants to see the Tyrells and Lannisters triumph?

“Let’s be honest, who really wants to see the Tyrells and Lannisters triumph?”

After seeing nothing of Jon and Sansa last week, we rejoin the reunited half-siblings on their mission to rally the houses of the North to their cause. After successfully securing the support of Tormund’s wildlings it was on to Bear Island, the home of Jorah Mormont and the late Lord Commander of the Night’s Watch, Jeor Mormont. The Island is now under the rule of Jorah’s ten-year-old cousin Lyanna, named after Ned Stark’s sister, who left quite an impression. Not being a known giver of fucks, Lyanna questioned whether Sansa was truly loyal to House Stark as she had been married into the Bolton and Lannister families. Her hostility was short-lived, however, as Ser Davos stepped up and offered some wise words of wisdom and understanding, which lead to Lyanna’s pledge of fealty, and an offer of Mormont soldiers. Only sixty-two, but Jon has to start somewhere. The Stark-Snow team’s efforts were less fruitful with House Glover, whose loyalty seems to lie with the Boltons. Growing impatient, Jon decided that they had no more time and they would have to ride against Winterfell with what little force they have. Sansa, on the other hand, had different ideas and sent a letter asking for help, but from whom is yet to be known. You don’t have to be a bookie to know that the best odds are on Littlefinger. Whether or not he will answer is another question. 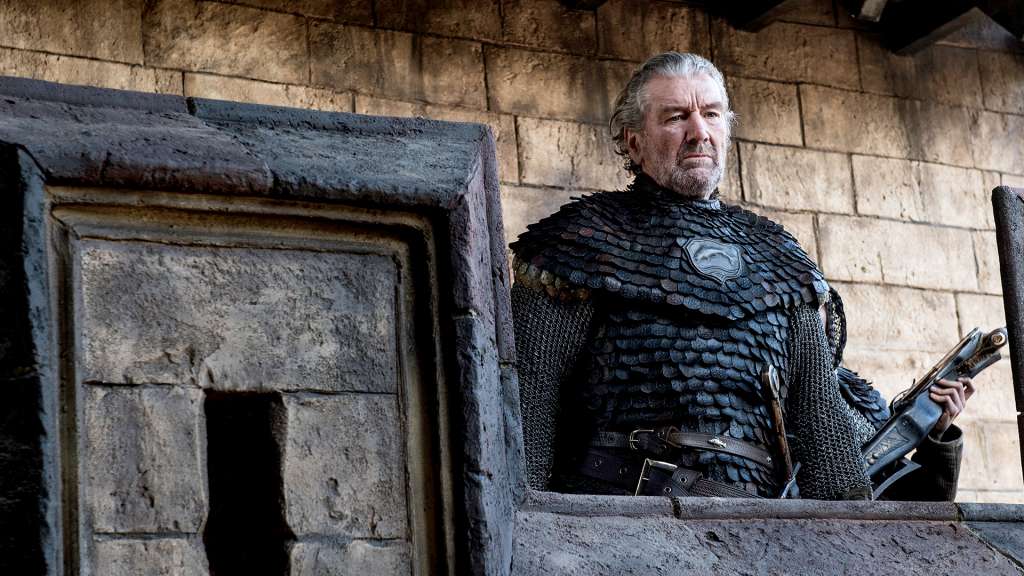 Meanwhile in the Riverlands, Jaime arrives at Riverrun with a host of a few thousand soldiers and one familiar face – Bronn. Upon arrival, Jaime witnesses a frankly pitiful attempt to threaten Brynden Tully as executed (poorly) by the Freys. After threatening the life of their hostage Edmure Tully and failing to act when their bluff was called, Jaime took charge from the Freys, a family famed for their inability to forget slights on their honour. In a meeting with Brynden the Blackfish, Jaime realised that he would not be able to settle this dispute diplomatically, with Brynden stating that while he still lives, the war will continue. While the exchange between the two did little to progress the plot, it did stall enough to allow Brienne to make her way to Riverrun. Although she didn’t make an appearance this week, it’s pretty likely we’ll see her in the next episode. A reunion between Brienne and Jaime may throw as spanner in the works for the Starks though, as she will have a hard time explaining her intentions with the Blackfish without giving away information about Jon’s growing force. And let’s not forget the undeniable bond between the two, which may even throw Brienne’s loyalties to the wind… again.

Across the Narrow Sea, in the free city of Braavos, we briefly catch up to Arya on her escape from the Waif. Upon meeting a Westerosi in town, she manages to book passage on a ship heading back to her home the following morning. Things look good for her as she gazes longingly into the horizon, until an overly suspicious-looking old woman approaches her. Pretty much all of us could have guessed who she was, but what we didn’t expect was for Arya to be caught and stabbed repeatedly in the stomach. After the Waif reveals herself, Arya manages to get a hit in and escape by throwing herself into a river. Thinking she had been successful in her assassination, the Waif left, but Arya soon washed up on the riverbank. Bleeding from multiple wounds, we left Arya as she stumbled through a market looking pretty worse for wear. Though many people watched her as she went, no one made a move to help her and few seemed to care. We’ve seen what a few stabs to the gut can do to a person in this show, and it’s a wonder Arya is still standing. But whether or not she’ll stay standing for long is the question we all want answered.

“That man was revealed to be none other than Ser Sandor Clegane, known to his friends and family as the Hound”

Bronn and Brynden weren’t the only familiar faces to return this week, as we discovered in a rare pre-credit scene. The scene in question followed a group of people building what seemed to be a sept, lead by a member of the Faith played by Ian McShane. As the scene progressed, we saw a couple of glimpses of a man holding a sizeable trunk of tree by himself. That man was revealed to be none other than Ser Sandor Clegane, known to his friends and family as the Hound. When we last saw the Hound, we were certain that he would die of his wounds left to him by Brienne in a fight for Arya Stark. But we would be wrong. McShane’s character, Brother Ray, recalled how he found Sandor and thought him dead, but upon realising he wasn’t, nursed him to health. In each of the Hound’s scenes, Ray preaches to him about repentance and changing your life for the better when the Gods give you that chance. He also mentions that the Gods must have a plan for him, which seems to resonate with the Hound, especially after Ray and his followers are slaughtered by the Brotherhood Without Banners, last seen in season three. This leads the Hound to go on what must be a hunt for revenge, and it may even lead to confirming one of the many fan theories regarding Cersei’s trial by combat. After all, she has her champion, the Faith just need someone who may stand a chance of standing up to him.

This week offered a very refreshing change of pace, and didn’t rely heavily on battle and violence to keep us satisfied. That, topped with the welcome (albeit brief) introduction of Ian McShane to the cast, made Episode 7 a frontrunner for one of the best episodes of this season so far.