Making Mischief – The Other Place 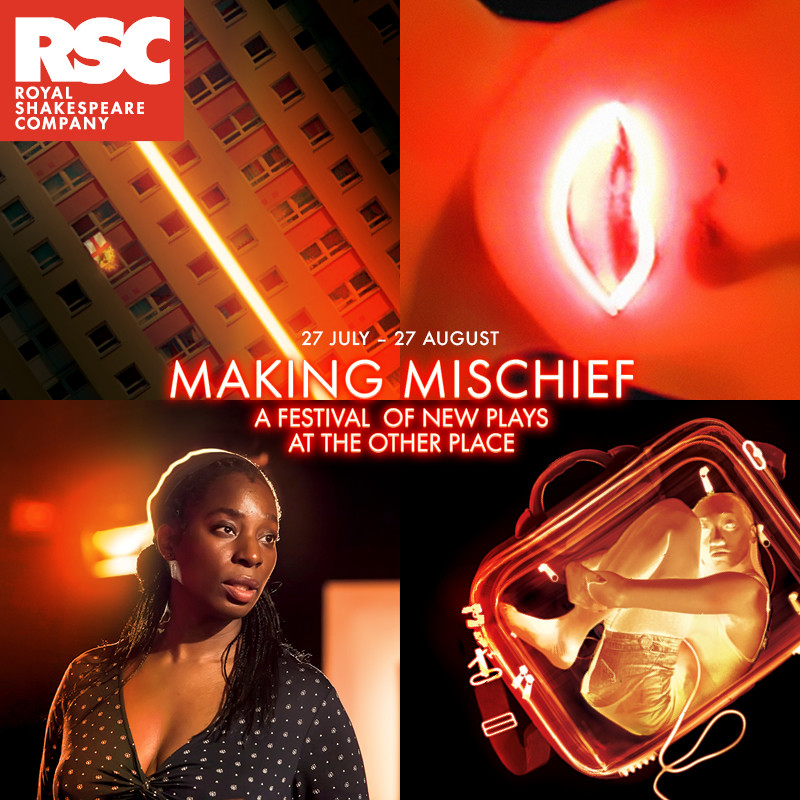 The RSC’s The Other Place, the Shakespeare Theatre’s equivalent of a hyperactive younger sibling, has reopened its doors to new and innovative performances. In a festival that calls on its plays to champion the inventive, and speak the unspeakable, The Other Place has welcomed a bevy of talent and provocateurs. The RSC seem to have proclaimed “Now let it work. Mischief , thou art afoot, Take thou what course thou wilt!” thereby spurring on some of the most exciting contemporary playwrights to comment on society. Tackling the issues of society in a time of such high political and social tension, these playwrights hold nothing back.

The newly minted space, that looks more like a hipster converted warehouse coffee-shop and bar that one might find in Hackney or Shoreditch than the expected finery usually associated with the RSC, is a welcome addition to the RSC family.

Being held from 27th July to 27th August, the Making Mischief festival features two plays commissioned for it, and two already published plays. The link between all four is their being a response to the question ‘what is unsayable in the 21st century?’

Fraser Grace, award-winning playwright of Breakfast with Mugabe, brings his new play, Always Orange, to the festival, and Somalia Seaton’s Fall of the Kingdom, Rise of the Foot Soldier also finds its proving ground this month. Interestingly, both of these debuts share the same cast. In attendance alongside these at Making Mischief is Alice Birch’s Revolt. She Said. Revolt Again. directed by second-in-command of the RSC, and organiser of the event, Erica Whyman. The fourth play, Joanne, is presented by Clean Break. It stars Tanya Moodie, who is currently performing as Gertrude at the Royal Shakespeare Theatre, as the lone actor in a one-woman play.

We ventured to Stratford-upon-Avon to see what we could make of the festival, and below are reviews three out of the four productions (Joanne wasn’t running when we were there), plus an interview with Fraser Grace.

Fall of the Kingdom, Rise of the Foot Soldier

One thought on “Making Mischief – The Other Place”