The highway from Kampala to Entebbe is undergoing major upgrade work. That at least explains the traffic jam I find myself in. Different to the chaos of the city – the vehicles are in recognisable lanes, painted signals bright on the sun-softened tarmac. No quagmire in the rainy season. It does not stop the horns though. It is hot, drivers are impatient, irritable from the wait; the Chinese-led project needed before it had started. The taxi driver, with General Amin and the Madonna still gracing his windshield, again has all the answers.

“The Chinese are just like the bastard British,” begins the lesson, “they come and say they’re here to help but they don’t. It sounds good but where is the good they promised us?”

“Not everyone hates the British” hastens my friend.

I have been here long enough to agree. Not unusual for the elderly to regale me with tales of the British protectorate and how it was actually quite good, you know – well, better than other times. Decades of political upheaval and violence tends to breed a longing for certainty. The past is secure, safe, and knowable. Turning to the past sates the craving for structure and security that may be sparse in the moment and non-existent in the future. Of course, this is not an invitation for British suzerainty, nor a cherry-picked blueprint to enact, but a comfort blanket. A cognitive defence born in the present. The young devour the great British export: The Premier League. Their knowledge and devotion to football is a match for any diehard in Liverpool. True, that they too, like the driver, will attack Britain, colonialism, and perceived interference in their lives. The issue of LGBT rights often coloured with the hues of Western cultural imperialism. Not that they dislike the British, more that they dislike an idea of Britain. A construct born in the politics post-independence – a convenient rhetorical tool, plastic enough to appeal to anyone with a stalling cause. Occidentalism never really seen in practise; Ugandans being, by and large, warm and friendly with defined obligations for the care of guests. A hospitality that can leave one stuffed, not entirely sober and beaming.

“Don’t know anyone who’s got a China job” continues the driver.

It is true that Chinese investment has not been the mana from heaven many had hoped for. Like many African nations, the money was gratefully received and the promises of mass employment devoured whole. Chinese firms ship in their own engineers, accountants, and managers. Little change for the locals but a new road. The argument that Ugandans lack the higher degrees and skill set to fill the roles may be an indictment on the education system, or it may be a corporate justification – it is likely both. The global capital of a degree from Makerere is lacking, more by dismissive attitude than actual academic attainment. Julius Nyerere went there after all. This narrative is not entirely novel. There have been continued waves of foreign investment from the British, Americans, Japanese, and Scandinavians. Projects across the land festooned with the goodwill and flags of the backers. Just prominent enough to ensure you know that your Swedish friends are here for you. Not that this is negative.

Overseas development work has genuinely left a positive indelible mark on the society that continues to pay dividends. Certainly in the previous internecine decades it picked up the slack where the state failed. Still, the new hospital is only a life saver if you can get there; flooded dirt tracks are as dangerous as mosquitoes. Poll my friends at the university and infrastructure always tops the wish list. Without it, economic expansion will continue to be intermittent. It is building a skyscraper without scaffolding – you will get there, but it will take an age. Not that they are dismissive of the aid, many would not have completed their education without kindly nuns, they just dislike the tone sometimes attached. They do not like to be patronised. Who does? The great Western saviour proving to be particularly irksome. Ugandans are not stupid. Ugandans are not primitives waiting to be blessed by your benevolence. Ugandans certainly will not deify you. They will hysterically mock you on Twitter if you believe that.

“If Museveni was actually a strong man he’d make the Chinese keep their promises. And all the others. Amin woulda” bemoans the driver.

“Uganda can have a remarkable future if it seizes it, and there will definitely be free Wi-Fi in the airport”

To some, he is the President, to others, the dictator. Certainly there are human rights abuses, massacres in the early days, and a worrisome increasing authoritarianism. Accusation of fraud in the recent elections rife across the townships. Not that he is not beloved. In all likelihood, with free and fair elections, he would still be in power with a reduced majority. The stability he has presided over is a godsend for many, the catalyst for the economic growth of recent years. Sure, everyone has more money in their pocket but wealth inequality has not reduced sufficiently. The economy being his Damoclean sword – now that the Maslowian need for safety has been met people crave better lives. All well and good the Chinese boosting the GDP, but what has the conqueror of the Lord’s Resistance Army done for us lately? When nearly half the population is under 16 memories tend to be short. The post-election crackdown, protesters dead, newspapers shut down, plasters over the cracks in his power. Not that there is any sign of a popular uprising. The brutalism dominating nearby Burundi weighs heavily on the minds of the opposition. The appetite for revolution is suppressed by a genuine commitment to democracy and Museveni’s total control of the Defence Forces. Drunks may diagnose the weak stomachs of Ugandans for the lack of change but self-preservation is not cowardice. At any rate, a slim majority still support the regime. My friends in the opposition are fully aware that change will come eventually. He cannot live for ever…can he?

The traffic jam cleared, we enter Entebbe; glorious in the sun, gated villas majestic and shopping malls bustling. They have a KFC. The Ugandan middle class enjoying the weekend. Trips to the Zoo or Botanical Gardens for the children if they behave.

“I’d love to live in Entebbe,” my friend in the seat next to me sighs wistfully, “it’s the good life here”.

There is every chance he will. There is much to be optimistic about in the future. Yes, there is corruption. Yes, the infrastructure is lacking. Yes, democracy is not the strongest and human rights are still a largely foreign concept. Yes, poverty is still widespread. However, violence is down. Preventable deaths are down. Education, literacy, and income are up. More tourists than ever arrive daily in Entebbe. The internet has had a truly revolutionary impact on Uganda. You may not be able to get to Kampala easily but that does not stop the client meeting. Farmers can now access the true price of their crop and ensure they get it. Start-ups are in ascendency; not all survive but enough to have a strong positive impact on the economy. Business is vibrant. It widens the access to tertiary education and mobile banking has fiscally franchised many. The internet has genuinely provided Ugandans with a self-determination and control of their lives unfathomable to previous generations. Opportunities are there to be grasped and the sense of excitement amongst the young is palpable. All this can of course come crashing down, violence and repression can make a comeback. There are signs it may. But the story of Uganda is now not one of turmoil in deepest, darkest Africa. It is one of cautious hope. Judging it by the chaos of Burundi or South Sudan is as idiotic as judging Poland by the events in Eastern Ukraine.

As I step out of the taxi and hug my friend goodbye I know two things. Uganda can have a remarkable future if it seizes it, and there will definitely be free Wi-Fi in the airport. You cannot be out of touch in the modern Uganda.

A fence is blown down on Museveni’s estate and he tells the manager to get it fixed. The manager puts the job out to tender and an Indian, a Chinese, and a Ugandan show up.

Finally, it is the Ugandans turn, he does not measure anything and instead declares he can do it for $2,900.

The manager is shocked. “How on earth did you come up with that figure?!” he demands.

The Ugandan leans in. 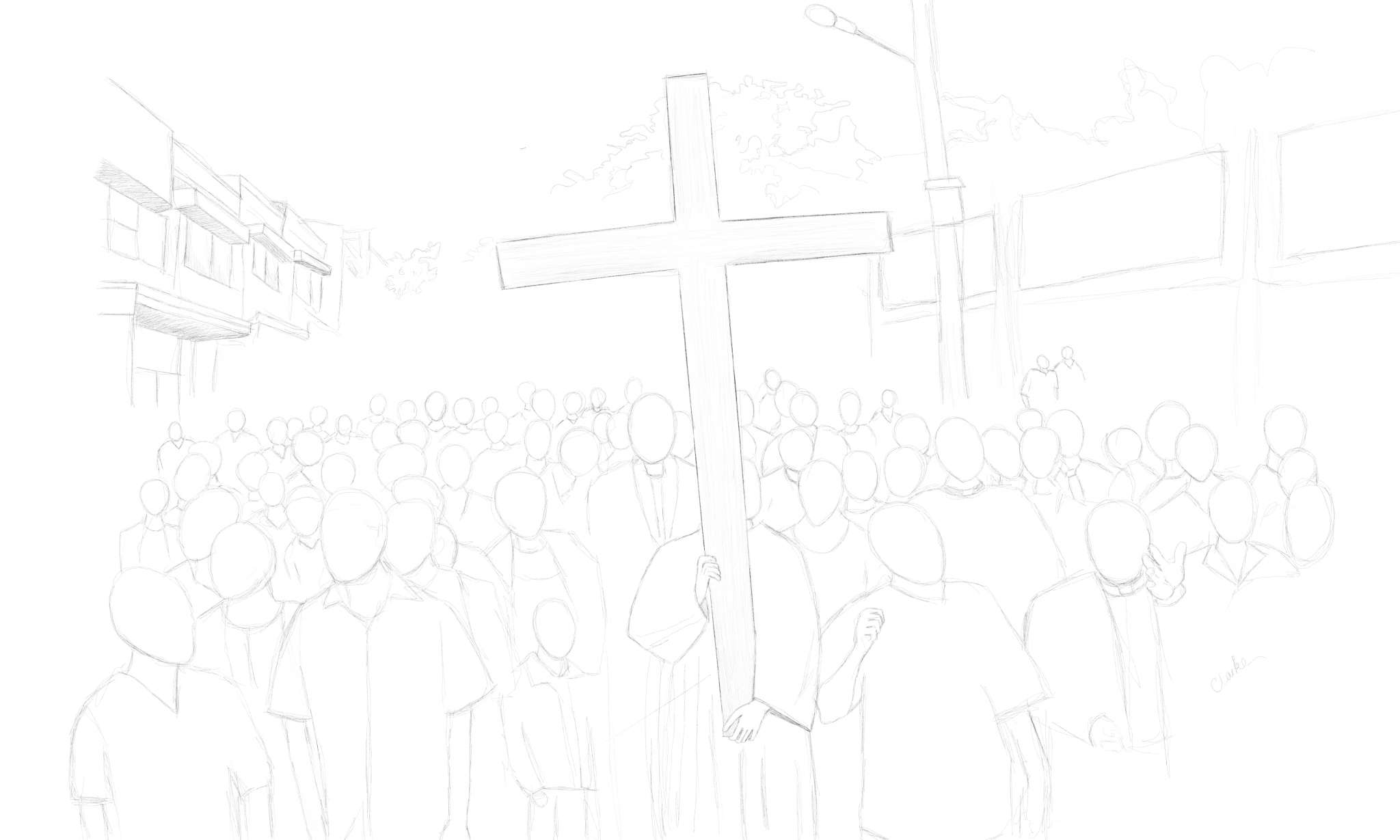 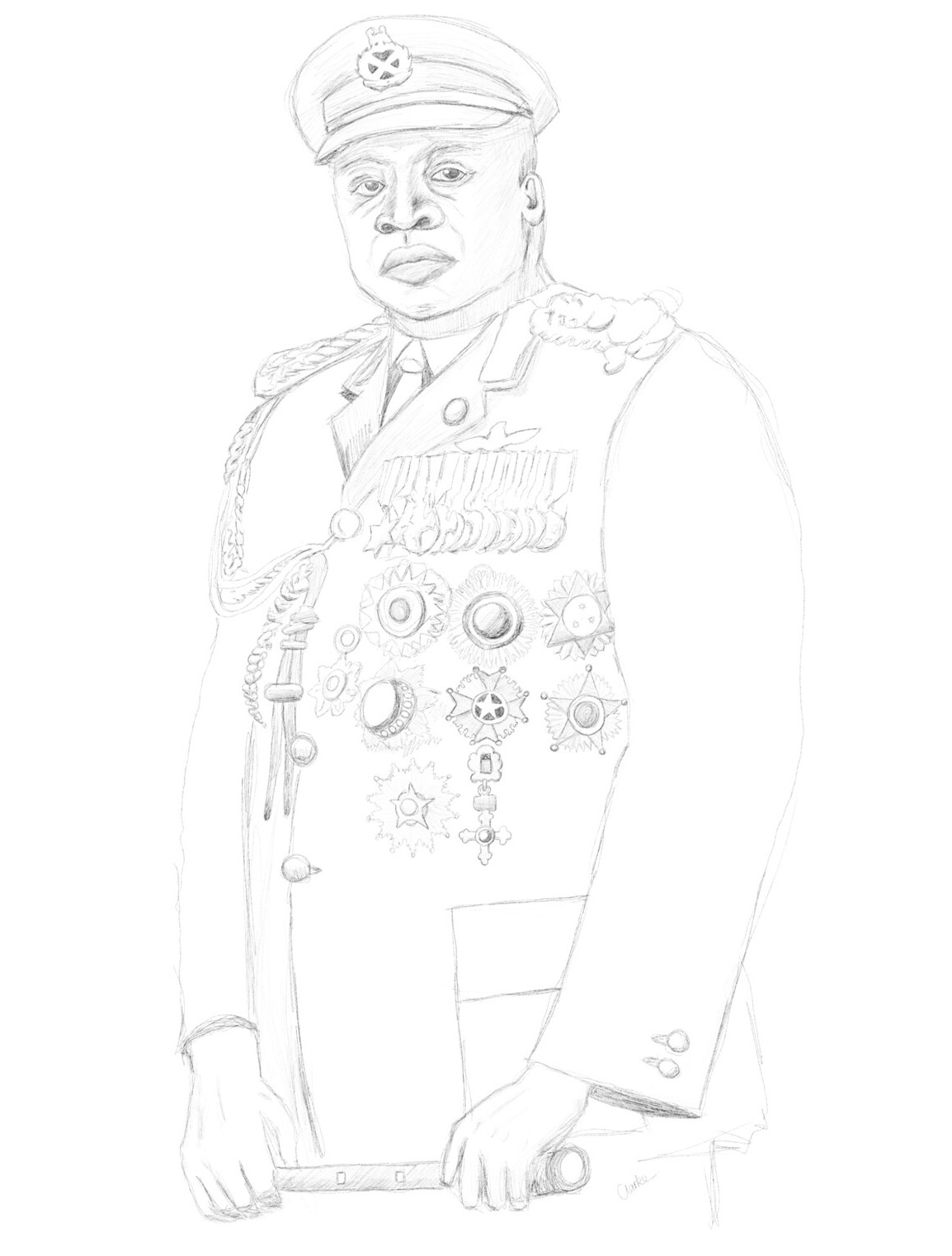