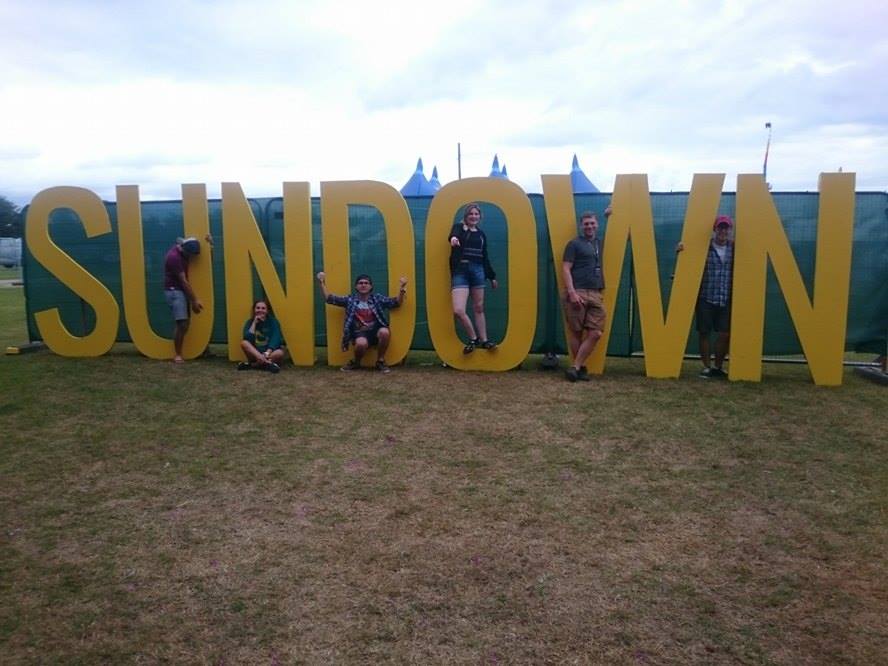 It’s now at the tail end of the British music festival season. Each summer we see the familiar sights: wasted fifteen year olds wrongly lip-syncing chart hits before passing out in an overworked portaloo, the butchering of basic tent building, and the glorious mixture of old and young living amongst genuine squalor and filth for three days straight without complaint. We wouldn’t have it any other way here, and the flat plains of (sunny?) Norfolk provided the stage(s) for another display of hit-central live music, complete with constant downpours of rain and even a ‘Dicks Out for Harambe’ styled flag. Welcome to Sundown.

The campsite was the familiar hell-hole of kids living out their first-time freedoms but, hey, they were having fun and the whole atmosphere of the weekend was wonderful despite the dire weather. The Friday saw an opening night party for campers run by Radio 1 DJ Danny Howard, an event we unfortunately missed, but as one of my counterparts questioned “Isn’t he that annoying one? Pretty sure he’s the annoying one” – this may have been for the best. If I had one criticism of the campsite, the ground was too bloody hard. Sort it out, Norfolk, we couldn’t build our tents before sundown. That joke was unintentional.

Moving on to Saturday though, a less than hearty breakfast and short drinking session put us in the mood for some tunes. After huddling in one tent wishing the sun would show its face, we were let down and prompted to stand in a downpour that would outstay its welcome. The main stage for Saturday, on paper, looked like the place to be, even for myself who is certainly not the fondest fan of mainstream music. The first act viewed was Becky Hill. After fifteen minutes of watching the songstress frolicking across the main stage in a pink jumpsuit like some sort of salmon on speed, it prompted me to actually think: wait, who is Becky Hill? “Afterglooow, ready for the AF-TER-GLO-OOOOW”, a chorus rings, attempting to trigger my memory. I still have no clue what that song is; a 2013 hit by Wilkinson apparently. However, her voice was “lit” and there was not a duff note for the entire set. I felt sorry for Becky, left up there to dance alone to her own voice; the presence of a DJ, backing band or hype man would certainly have made the overall performance more of a spectacle. Considering she’s up-and-coming though, the future looks bright for Becky. Next up was London-based grime hero Kano, bringing with him an army of cool-looking blokes to provide the music for his punchy flows. For a long-time grime fan like myself, I felt bad that I hadn’t kept up with Kano’s recent release Made in the Manor after his lengthy absence, but his live show was certainly enjoyable and overall, as satisfying as a Sundown hog roast sandwich, and it really doesn’t get much better than that. Newer hits such as New Banger were made for the crowd to skank to, along with the live band’s tuba and trombone combo. I longed to hear the old school classics Nite Nite or London Town alongside Ps and Qs, but alas.

Second grime superstar in a row, Dizzee Rascal, brought out a selection of hits spanning his varied career however. Absolute bangers from the sensational grime-scene-staple Boy In Da Corner such as Jus’ A Rascal and I Luv U (even if it was only brief) were sublime, as was Fix Up, Look Sharp, easily one of the greatest songs to be performed that weekend. His more popular club hits Holiday, Bassline Junkie etc. were also perfect for the main stage with Dizzee, his hype man, and his DJ putting on a tight show, even prompting some less-than-impressive mosh pits. A brief interlude at the Nest Stage for twenty minutes of Jaguar Skills proved to be my most surreal experience at the festival, with the balaclava-clad DJ playing about ten seconds of songs from every genre imaginable in quick-fire succession, going from the Chili’s Under The Bridge to MOP’s Ante Up via DJ Pied Piper’s Do You Really Like It? with relative ease. But please Jag, just play at least 30 seconds more of each tune. You had a good selection. Even the two dancing girls he’d brought along for the performance looked as confused as I was at how quickly the songs were being shuffled. Had they rehearsed? Had he rehearsed? I suppose it didn’t matter, the crowd were focused on partying the night away and the performers justly delivered.

Red-haired vixen Jess Glynne hit the main stage too, and I joined the horde during her rendition of chart success Right Here, which was not half bad. Her band and backing singers were phenomenal; huge props to the slap-bass aficionado and absolute shredder of a guitarist. You guys rule. Jess’ ridiculously cool cover of Chaka Khan’s I Feel For You was possibly the most warming surprise of the weekend. The faces of the fourteen year olds around me looked bemused at what actual music sounded like. Drum ‘n’ bass superstars Chase & Status rounded off Saturday’s party with aplomb. The rave was intense, with one of the DJs guitar parts having one of the worst tones I’ve ever heard but the light show, pyrotechnics, hype man and guest appearances all proved why they were cut out to headline. Tempa T’s appearance during Hypest Hype, stamping and pumping his way around the stage, growling into the mic like a madman was exactly what I wanted. I thought for a minute that he wouldn’t show up, but Chase & Status fulfilled my wish. Some wannabe pit warriors tried to emulate his aggression throughout the whole set which got quite tiresome. Doubt they’d last a minute at a Dillinger Escape Plan gig. Also, crowds for the whole weekend were chanting the hook for Feed Em To The Lions at every possible opportunity which was just grating to be honest. At the end of Chase & Status’ party-hard battle music session, we could’ve made it to the DJ after party, but at 21 years old, we were too old and not cut out for all this youngster stuff. 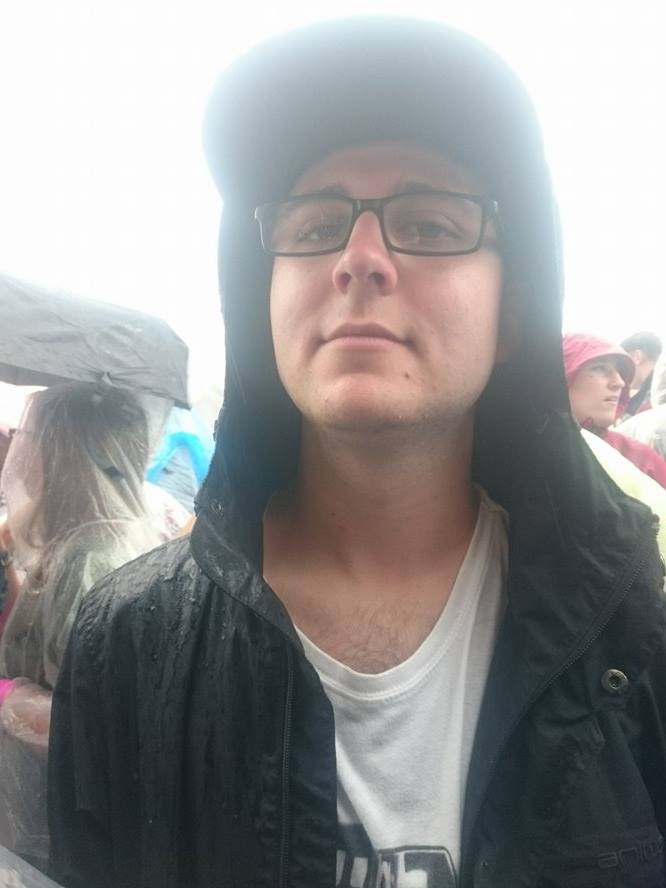 Sunday came, and regrettably, I missed Goldie MBE. Certainly the biggest disappointment of the weekend. The main stage didn’t live up to the calibre of Saturday, but it still brought out revellers
in full force to face the spitting rain. Sigala were fine, perhaps slightly forgettable though I feel. Again, I didn’t know who Fleur East was, but her performance prompted me to hunt for food. When I heard that she was an ‘X Factor’ contestant it all made sense. Yawn.

ARTFUL DODGER. When looking at the initial lineup, my eyes almost instinctively picked out the name and I was ecstatic. UK Garage circa 2000 is surely what every human being craves at least twice a year. Sundown organisers, you’ve pulled an absolute blinder here. The only thing missing from the duo’s set was Craig David himself during their rendition of the smash hit Re-Rewind. However, that void was filled by a succession of garage masterpieces: Artful Dodger’s aforementioned hit, then 2-step floorfiller Movin’ Too Fast, Daniel Bedingfield’s magnum opus Gotta Get Thru This (yep, that’s right: D-Bedz) and to finish it off, Heartbroken by T2, which probably holds the accolade for most bluetoothed song in the South London bus network in the 21st century and rightly so. All of what you have read did actually happen by the way, I wasn’t dreaming this stuff up. Remarkable.

And how did I round off my week? There was only one way: Jason Derulo. You’d be surprised about the fact that he didn’t say his own name in that ridiculous R&B call-out style once for the whole set. Musically, does it get anymore cut-and-paste than this? His songs really are abysmal, but I’m sure he’s a lovely bloke. Even as I’m writing this, the chorus for Ridin’ Solo is replaying itself over and over again in my head in some vicious attempt to win me over. I won’t let it. Derulo’s hit parade was certainly a memorable experience though, with at least half the crowd not even close to finishing their GCSEs whilst their parents thought it wholly acceptable to look as if they were having a good time. At least every song’s introduction was met by screaming tweens and, from myself, a slight head nod and an inside voice saying “Oh yeah, he did this one too.” Derulo’s synchronised dance moves in his slick, Matrix-style jacket was a spectacle for sure. Elsewhere, he introduced his backup dancers one by one throughout the set as they each showcased their skills and phenomenal physiques to the baying audience. Some impressive body-popping and break dancing was displayed, and at one point a dancer pushed himself across the floor whilst in a lying position and looked a bit like a slug.

“I didn’t know who Fleur East was, but her performance prompted me to hunt for food”

In another strange episode, Jasoooon Deruuulooo scouted the audience for his “it girl” to croon onstage to his song of the same name. A female was brought up, looking sheepish and awkward for not knowing the words at all, whilst Jason made the audience jealous of his oiled pecs. The girl followed her cue and gave Jason a towel to wipe his sweat with before leaving the stage again. Bizarre, but it’s a decent enough story to tell in a game of two truths and a lie or whatever these meddling kids are up to nowadays. There’s no faulting the instant gratification that the pop sensation’s music brings to many. Even I felt slightly inclined to throw a few shapes to Talk Dirty To Me and belt out “Ooooh, what ya saaaaay” along with everyone else. Peer pressure? Probably. Wiggle will always be dreadful though. All in all, the whole set capped off a buzzing weekend on the main stage, and was thoroughly entertaining to witness. He got two paragraphs out of me at least.

So, Sundown, it was a pleasure. Plenty of pop, garage and drum ‘n’ bass to suit even the most alternative of music tastes. The campsite was close to the main arena too, a point that shouldn’t be forgotten. Nothing worse than a bit of hassle after having to settle for that one-man, non-waterproof, pop-up tent that you brought with you. The weekend showed to me why mainstream acts still hold their appeal, and that pop music can do itself justice in a live setting. It was non-stop fun, and I’d recommend you check it out one year, it can only get better for this young festival.

Some final advice: don’t borrow any camping equipment from The Panoptic‘s very own Cadgers Icily. It’ll only end in tears.