Why couldn’t we save Fabric? 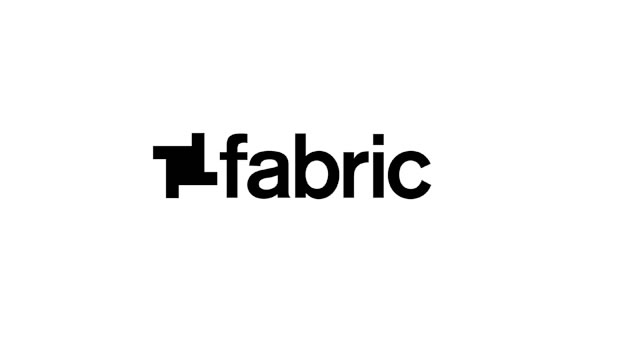 This morning, Islington council revoked Fabric’s license following the unfortunate deaths of two 18 year-old boys on the premises due to drug overdoses, thus spelling the end of Fabric. The closure feels part of an ongoing systematic attack and deconstruction of London’s night club culture that has seen the closure of nearly 50% of London clubs in recent memory, a statistic that is particularly disheartening with the implementation of the recent Night Tube, a service that promises to boost London’s night life and economy by delivering patrons to now defunct or non-existent clubs and music venues. Although stringent licensing laws are a particularly heavy contributor towards these venues closures – most clubs close as they cannot financially thrive on such substantial restrictions – the reasons for Fabric’s closure lies squarely with the eternal issue of drug use and distribution, but more realistically, the backwards and hindering drug enforcement laws that prevent proper education on the subject.

I will never condone drugs – they are a needless risk that all too frequently result in harrowing tragedy. However, it would be short sighted and ignorant to assume that this fact alone will prevent drug use. Drugs have been a part of club culture for decades, and it’s rare that I go to a (decent) club without witnessing the consumption or selling of illegal substances. This is a fact that seems to elude law enforcement or the local council, be it for vested interest in club closures for more worthwhile investments, or out of sheer ignorance to the subject. I will assume in Fabric’s case it is for the latter, as I feel the ongoing accusation of the council’s decision to revoke the license based on the notion of turning it into property divulges from the main issue and one that wasn’t fairly considered in the actual review of Fabric: harm reduction. The closure of Fabric does not immediately make drugs safe. It does not vanquish all drugs from London. And there lies the biggest issue with closing Fabric: it achieves nothing in terms of safety. I hesitate to say that if the recent deaths weren’t at Fabric they would have been somewhere else – whilst I’m not necessarily convinced that is true, it could very easily have been another club or festival across the country (Boomtown unfortunately had its fourth death in six years this year). So what is being done to make things safer to prevent further unnecessary loss of life?

“The basic problem remains: what is being done to prevent harmful drugs that can kill?”

The answer is very little. The Loop, a UK non-profit drug testing charity, appear to be the only group actively trying to raise proper drug education and reduce harm without taking drastic and ill-informed measures. The Loop operate(d) as partners with Fabric and The Warehouse Project with the pragmatic approach of informing and helping patrons stay safe without judgement. After all, if making drugs illegal had worked, simply put, no-one would be taking them and the problem would be solved; a solution that very clearly hasn’t worked. So what is the next step? The Loop recently volunteered at Secret Garden Party to test festival goer’s drugs, a breakthrough initiative initially hindered by laws that claimed the testing of drugs on-site was itself a condoning of drug use. Punters could offer a bit of their powders or pills to get tested and get a detailed and informed chemical analysis back in return. From there, the option to discard their remaining stash or continue to take their drugs rested on the owner of the drugs. The result was overwhelmingly positive: bad drugs got taken out of circulation (such as concrete pellets or anti-malaria drugs) and whilst the ‘pure’ drugs remained, the knowledge of what their drugs contained chemically, and at what strength, allowed patrons to dose accordingly and sensibly, safe in the knowledge of what their particular bag contained. Drugs will always remain a dangerous risk, but if the technology and expertise exists that can diminish this risk, the logical next step would surely be to further implement such systems if safety was really the main issue. As effective as this was, it still remains to be a staple at UK festivals or clubs.

So how does this relate back to Fabric? The thing I simply cannot comprehend about Fabric’s closure is the pretence that it will create a safer London. As a citizen – regardless of views on clubbing, festivals or drugs – it breaks my heart to see young people die fruitlessly as a result of drugs. The needlessness of loss of life is a parent’s worst nightmare and an untimely tragedy that could have been prevented with proper education and testing, not just the fear mongering ‘Drugs are Bad’ that induces a collective intrigue into the youth of today. So, as a young adult living in London, I simply cannot see how the loss of Fabric will help save lives. The MET police’s evidence is unsubstantial and a planned deconstruction of a culture not understood, exemplified by the ridiculousness of Islington councillors calling into question the effect of faster BPM’s on health, as if drum and bass will kill but a grime set is safe. Another line of defence from Fabric loyalists is the notion that the closure of Fabric will push the clubbing culture underground and make it far more dangerous, an echo of the emerging 90’s rave culture as a result of the prior crackdown on local clubs by the police. Fabric had some of the best security I have encountered when entering the club – it was almost impossible to enter without a routine pat down, check, and untimely grope of the genitals, a precaution far superior to anything else I have encountered. Fabric worked with the police to ensure everything they did was in the best interests of clubbers safety, the most paramount issue at hand. The revelation that they offered drug amnesty bins at the club – one that the police themselves turned down – is one of many indicators of Fabric’s desire for safety above all else. Despite the most rigorous checks and concerns for safety I have ever experienced, Fabric has still closed down, questioning the security of the few clubs that remain.

I would welcome the closure of Fabric if there was substantial evidence that they actively encouraged drug use or cared little for patron wellbeing, but the entire issue seems to have been avoided at Fabric’s Review. There is only so much a club can do under strict laws to help prevent such incidences occurring, and it’s even more worrying that these restrictions that result in tragedy are being used against a culture to systematically dismantle it. Clubs lack the necessary tools and co-operation from the police to reduce harm, only to find it used against them in a hearing that results in closure. And yet for all this fanfare about the specific case of Fabric, the underlying issue still isn’t being addressed. The basic problem remains: what is being done to prevent harmful drugs that can kill? The answer certainly isn’t ‘closing Fabric’. Proper information and education can, and will, save lives. The first steps of a solution have been proven to work. But as it remains, there remains a dark uncertainty as to the future of London’s night life that will result in further closures out of either ulterior motives or misguided naivety.

One thought on “Why couldn’t we save Fabric?”