An interesting project that intrigues but never reveals, leaving you wishing it was just five minutes longer. The entire short is a single take, steadily zooming in on a woman being interrogated in a dirty, sterile room, and from the cinematography perspective, it is a stunning project. The script was originally written in French, translated into English, and then once again into Chinese (apologies that I can’t tell you which Chinese), but it never makes you wonder if it was lost in translation. The film certainly comes from a political base, questioning the power of the state, and attitudes towards single mothers, but it never really preaches, preferring instead to simply note the issues. The performance is apt, but the project is certainly the director’s showcase rather than the actor’s.

Salesmanship is an odd film; it follows the evening of two women who are just relaxing, getting high, and watching TV. When they realise their rent is due, they decide to ‘call the guy’ to resolve it. They get changed, head out of their apartment to god knows where, and arrive at the front door of a… portly gentleman, who welcomes them in. They leave not long after, both with plenty of money in tow after rather simply pissing on his chest, and return to getting high and watching TV. The film is sharp, tightly written, and particularly funny. The feminist core to the film brings most of the humour, with the women using the falsely intelligent man to allow them to continue their own pleasure. There’s also a particularly funny moment when they pick out a dog-eared, well-thumbed copy of Gravity’s Rainbow from his bookshelf, which he admits he’s never got around to reading… Well worth a watch. 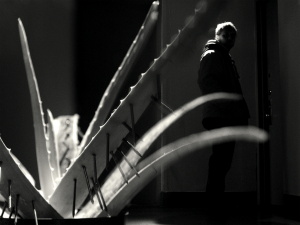 Perhaps the most typical example of a film you’d expect to see at an independent film festival: black and white, dissonant soundscape, bizarre content. This is no bad thing though. Living under a seemingly perpetual winter enforced by some sort of giant worm that lives in the sky, the lead character (whose name is only ever heard as aggressive static) is trying to seek Mara (an old friend?). The story is surreal, the cinematography is fairly standard and the music is outstanding. The film gives you no time to adapt to any story, jumping from chapter to chapter expecting you to catch up, but never caring whether you do. For all this, it is entirely enrapturing; you can’t help but be intrigued. 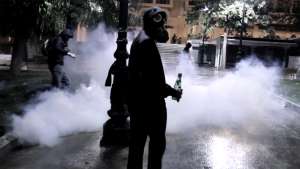 A film out of Argentina, #YA is more a record than a film, a wonderful visual accompaniment to the discordant, aggressive concept album-esque soundtrack. The short follows two twenty-somethings running through a city, each engaging in the revolution as tweets appear on the screen, narrating the whole event. The cuts are rapid, shaky, and poorly-framed – much like you’d expect from a revolution. They appear to be a mixture of professional and amateur footage, the blend of which seems to capture a genuine revolutionary spirit as it might exist today. But all this really does come second to the soundtrack which only uses the footage to spark your imagination. An interesting production with a strong idea, #YA is the best album you’ll see this year. 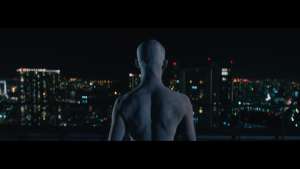 What can really be described as a long music video, Lost Youth follows short stories around a neon-lit city dealing with drugs, prostitution, and spirituality. The style of this film brings most of the wonder: bright, disorienting lights, a drug that’s ingested as ‘holy water’, the camera tracking from short to short. The stories themselves don’t inspire much of any feeling; the opening shot brings the only intrigue of the picture. Lost Youth was produced in conjunction with Boiler Room, perhaps explaining the music video feeling, and I feel some of the themes addressed are also related. Frankly, the whole thing is a bit lacklustre. 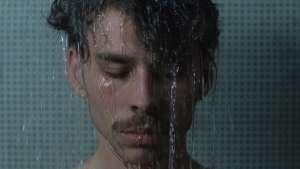 A beautifully intriguing tale spanning nine characters, Ruah displays a wonderful talent for suspense. There is something unspoken but ever-present within each of the stories, drawing you in but never revealing its secret. The film balances the screen time of each story with grace, all the while teasing you with the link they share. The film ends simultaneously answering and raising questions of what you have just seen. The cinematography is beautiful, able to fill the screen with vast snowy landscapes and tense domestic settings with equal skill. It displays an adeptness beyond a simple directorial showcase; each member of the crew can be proud of the short.