This Belgian short creates the perfect opportunity for many views to come together to discuss abortion. Set in an African salon following the argument of 34 year old Eva and her boyfriend, the women inside rally around the shaken lead and uncover precisely what the spat was about. Initially they discuss the roles men and women have in relationships – an enjoyably varied discussion – and find their way to the crux of Nkosi Coiffure, the choice of whether or not to keep a child. The film handles the subject in a delicate but sincerely playful manner, allowing the audience to simply hear what each character has to say, with no judgements being made upon any of those on screen. In lesser hands, the script could’ve preached or been heavy-handed, but through Frederike Migom’s delicate lens, Nkosi Coiffure finds a surprisingly perfect tone. 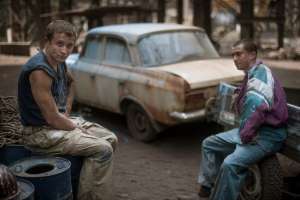 Following recent revelations in academia, Moloch revisits the story of Cain and Abel with the addition of a female character that has recently been uncovered. Set in a declining steelworks, Szymon Kapeniak’s film is visually and aurally stunning. The story is tightly woven, the acting is superbly dark, and each shot carefully planned. The short is 33 minutes long, and doesn’t really have the feel of being a ‘short film’ or an under length feature; it is simply as long as it needs to be. It is, at times, horrible to watch, and at others simply beautiful. The fight scenes are visceral and harsh, a simple dull thud echoes through your bones as one hits the other. The film allows no glamorisation of anything is portrays. Moloch is dark, Moloch is beautiful, and Moloch is superb. 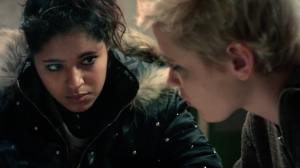 Snatched is a powerful depiction of two children on the cusp of adulthood, attempting to understand their place in an uninviting world, with abusive relationships and hesitant pregnancy at the core of this deeply moving picture. Raïsa (Hajar Koutaine) and Alio (Clémence Warnier) are roommates in a halfway house of sorts, and when the former returns home from a successful period at hairdressing college, she discovers the latter has moved without a word to her best friend. She seeks her out against the wishes of those who care for her and discovers the abuse she is suffering in the tired apartment under the grip of her faceless ‘lover’. Emmanuelle Nicot raises several uncomfortable questions throughout, leading the audience to understand but perhaps not agree with some of the decisions the girls make. A heart-rending production, Snatched will leave you uncertain, but angry.

Gustavo Vallecas’ short begins as an intriguing horror, tempting its audience with an unknown event spread across a variety of narratives, but becomes an insulting ode to the event it tries to recover. Shadows of the Memory discusses the infrequently visited topic of the disappeared during Franco’s regime, but using the B movie horror motif it does, appears as an offensive, trite 15 minutes to those in the mass graves. The film portrays the victims of the civil war as zombies returning from their abominable resting places to ask simply for a named grave – an event so bizarre that naturally the press come from all corners of the globe to report on it. Members of the civil war generation are affected in various manners, coming out of the woodwork to atone, or being stunned into silence. The film ends with statistics and findings from various reports detailing just how many people were disappeared (Spain having the second largest number of bodies in mass graves behind Cambodia) but by this point, Shadows of the Memory has already caused irrevocable damage to itself. The cause is more than a worthy one, and certainly needs to be addressed, but this is simply not the manner in which to do so. 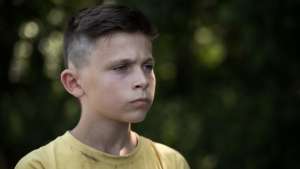 Belgium seems to be an unhappy place at the moment: from Problemski Hotel to Snatched, the country has brought to Raindance some incredibly heavy, but exceedingly powerful cinema. Feel Sad for the Bunny does not buck this trend. Remy, a 12 year old boy, looks up to his older brother Bruno, a figure who teaches him how to smoke, drink, and use his father’s shotgun. Their home is not a happy place. An abusive father, a mother who walked out, and an au pair who’s not honest with her own family, their situation is a foul one. Kenneth Mercken and Monica Stan’s picture never lets up; it displays an incredible understanding of the uncertainties we all face when growing up. Bruno may be older than Remy, but he’s still a child in his own right, and still trying to figure out who or what he is. A deeply distressing 18 minutes, Feel Sad for the Bunny refuses to let you look away from these children.