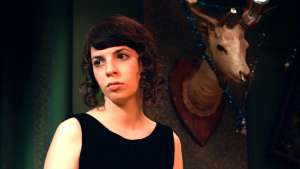 Pick of the Festival: Hortensia

Choosing a highlight for me from this Raindance festival was difficult because most of the films I saw were incredibly well made and all very different. However, there was something particularly special about Hortensia. The film was quirky and wildly funny, in a way that has kept me chuckling when remembering it over the days that followed. Not only was Romagnolo unforgettable as the charmingly awkward Hortensia, but the rest of the cast were able to bring to life a fairly simple story. It plays into my own love of the absurd, the unexplained, and deadpan humour. Trying to explain it to others seems to provoke the very British reaction of it sounding ‘interesting’, because capturing the humour of it is impossible unless you have the talent of the actors and writer. Instead I’m just going to suggest to you all that seeing it for yourself would be in your best interest, even if you spend the entire 90 minutes in bewildered disbelief.

Raindance was incredibly enjoyable both because of the amazing films I got to see and review, and being able to interview most of the directors of these films. It was great to meet several of them, some of whom are at the beginning of their directorial journeys and were thought-provoking to speak to. We as a team definitely haven’t been forming lasting loves for any of them… One interview that particularly stands out was also my first, with Stephan Littger, the director of Her Composition. Not only did he enlighten us on his thought process behind the film, but also about his exciting upcoming project. We continued to talk about things like the nature of desire after the interview had ended. It was somewhat surreal to be sat on a rooftop just off Piccadilly Circus discussing existential issues with a talented film director (and a beer). Also being able to see the best of independent film was great. I managed to watch such a range of different genres, with none of the films I’ve seen disappointing me. Special mentions have to go to Her Composition, Hortensia, Between Us and Growing Up Coy – all of which are fantastic examples of film in their own genres and I plan on buying copies of a few of them for my friends. Some of these films will become a staple in my re-watching cycle, and I hope they get the widespread recognition they deserve. Raindance has been a great experience, and I hope we can return again next year! 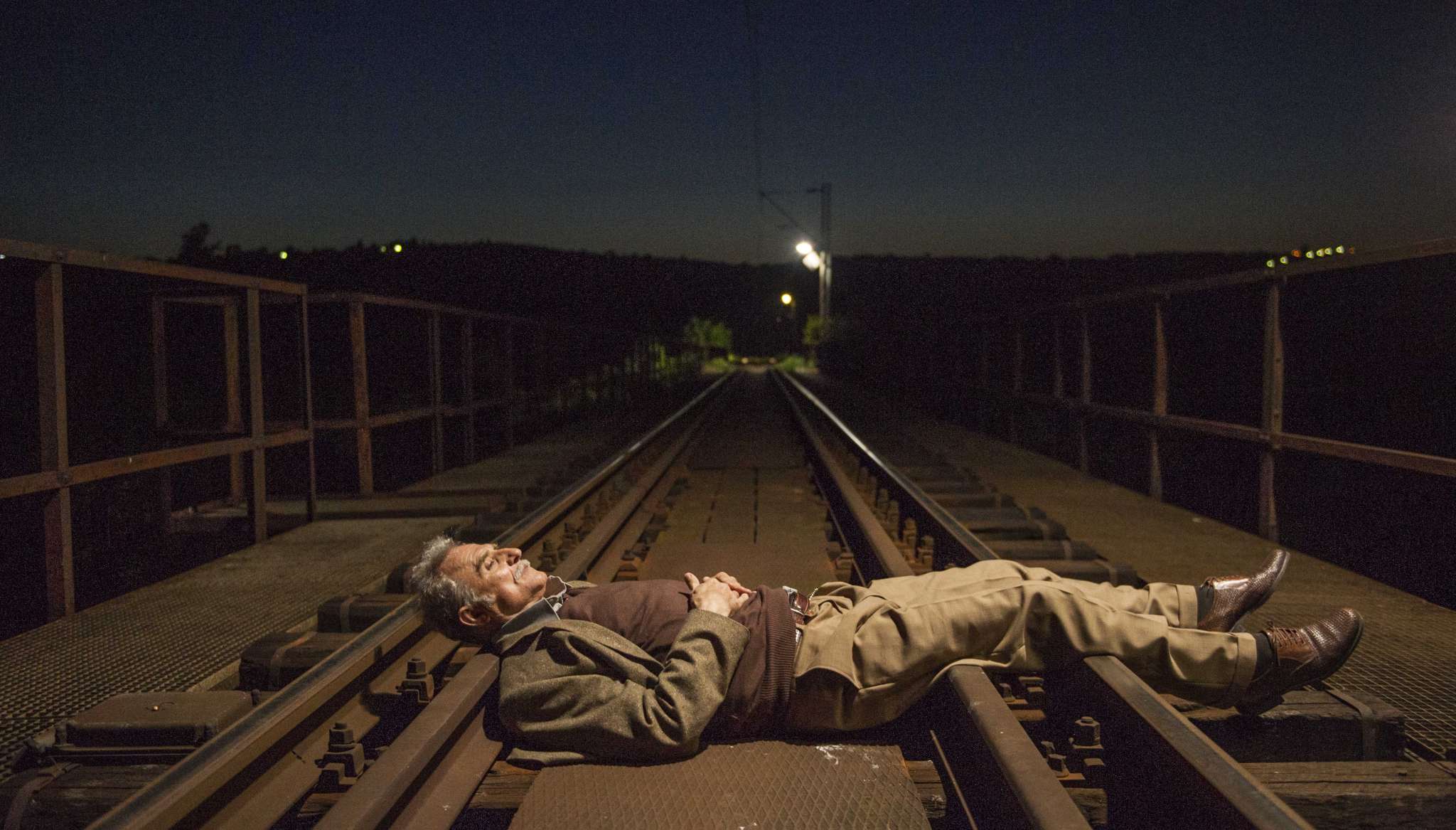 Whilst there were so many contenders for this in my mind, I eventually settled on Train Driver’s Diary, Miloš Radovic’s sublimely funny, deeply dark, and beautifully touching film. For me, it sums up my experience of the festival better than any other production. I’ll readily admit I had never seen a Serbian film before this week. It was a film that was able to balance an incredibly sensitive, at times harrowing topic, with a genuinely hilarious tone and still produce a coherent, honest tribute to those who were the subject of the film. More than this, the lead actor was perhaps the best known actor in Serbia, whilst his compatriot was a sociology student who has no further ambition to act. The film is exemplary of everything that Raindance is about.

Three months ago I didn’t know what the Raindance Film Festival was. Today, I want to recommend it to everyone. The twelve days showed me some of the most exciting cinema I’ve ever seen, and I can’t wait for the 25th iteration to roll around next year. I have nearly cried on more than one occasion, through both joy and sadness. Each director, producer, and actor I have spoken with has been so friendly, charming, and welcoming into their world that you can’t help but be inspired to make something. Honestly, that’s been my biggest takeaway from Raindance. It has made me want to write, to act, to direct. To get involved with the most incredible medium for beauty, comedy, politics, education there is. Raindance has lived up to its mantra. I have certainly discovered. 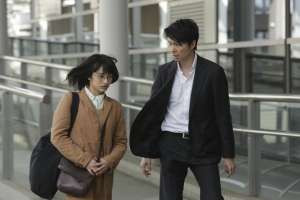 Pick of the Festival: A Double Life

A Double Life was a pleasant surprise. What could easily have been a mere film where nothing really happens is shot beautifully so it doesn’t particularly matter, and is instead a gorgeous composition of plots and subplots that are all woven together so intricately it is difficult to differentiate. On top of all of this, A Double Life manages to capture something quintessentially Japanese in the artistry, direction and narrative that just translates so beautifully on the screen. I just cannot recommend it enough. Even if you don’t enjoy subtitled films, that’s okay! Go for the scenery, go for the pure skill in the unspoken narrative, go for the stunning piano score. Though, of course, I must also impress upon you the sheer mastery of dialogue and the script. Really just go for all of it. If you were to see nothing else from the Raindance film lineup, go see this, because it is more than worth your time and will leave you feeling all the emotions. ALL. OF. THEM.

Where to begin? What do you get when you mix a Karl Lagerfeld doppelgänger with indie features, shorts, and webisodes? Raindance Film Festival. In other words, the most eclectic group of artists all gathered in one location to celebrate film. Being involved in the madness that was Raindance was just surreal. There really is no other word for it. Every single person I met there was lovely, courteous and just genuinely interested in their chosen art form. What was even more exciting was that many of the filmmakers didn’t just constrain themselves by going to their own films, they went to other showings and celebrated their fellow creators. Another nice aspect was the group of volunteers who made it possible. Some of the most friendly and enthusiastic people, who really were just there for love of film and a desire to just be involved. And me? Where did I fit in? Well, just about everywhere. Being able to go to all of these showings and talk to the filmmakers about their productions was fantastic – especially when their excitement was just so contagious. It made for a whirlwind experience and one that is, evidently, hard to put into words. All I do know is that I would do it all over again in a heartbeat. 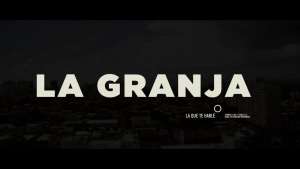 Pick of the Festival: The Farm / La Granja

Quite simply the most unsettling, disgusting and unrelentingly sad things I’ve ever seen. I felt like dirt when I was watching it, and now feel even more filthy saying that that was why I enjoyed the film so much. Angel Manuel Soto’s The Farm was honestly the film that I had wanted to see for years: it was raw, uncompromising and demoralizing. Does that make me a bad person? I can’t ever remember sitting next to an audience member who was crying at what they were viewing before, and that was only after the first 15 minutes. Needless to say, they weren’t tears of joy. The whole film was devoid of any fun and it was perfect. I would often look over at James to see him blowing out hot air or sighing or putting his hands up to his forehead, all in frustration at the discomfort he was experiencing. I, of course, was going through the same ordeal. We were still talking about it at length on the tube home the following night. I’m still talking about it now. If you can stomach it, I urge you to watch this film now; it’s devastatingly brilliant cinema. I’ll watch it with you so that you can help me get through it again.

There are a couple of things I’d never have imagined I’d see. For one, a man toking weed and shitting himself. Another, a group of Serbians performing on a Nazi-run version of the X Factor. Also, a bird’s gut being opened to reveal 50 separate shards of plastic. Unfortunately, that last example wasn’t fictionalised. These independent feature films, shorts, and documentaries have been eye-opening, funny, poignant and wholly satisfying; Raindance is an excellent celebration of films that live in Hollywood’s shadow but are, for the most part, better. ‘Having to’ watch these films was a joy. The writing, editing, formatting and transcribing was a tiresome task – usually working an unpaid 14 hour day – but gave me a perfect platform to stress my opinions on some first-rate works. Ultimately, interviewing directors and producers was one of my most unique and fulfilling experiences, learning tips of the trade from various filmmakers. Jo Ruxton gave a fascinating insight into the making of BBC wildlife documentaries, and the shift to worldwide feature docs and the science behind them. Łukasz Grzegorzek was absolutely lovely – congratulations to Kamper for winning Best Debut feature. Caito Ortiz, director of the rollicking Jules and Dolores not only gave us financial filmmaking advice, but was also a bundle of fun and bought us pints (thank you!) and the interview with Lee and Wayne Lennox was one of the most hilarious chats I’ve ever had. It’s so refreshing to hear people talk so passionately about the film that they had always wanted to make, and they made it well. Two of the coolest and most down-to-earth blokes in the business. I’d never been to watch a film on my own in a cinema before, but for the past 12 days I’ve done that about 10 times and it was one of the greatest times of my life. I suppose that makes me sound extremely sad, but I promise that I managed to make some friends along the way, besides the rest of The Panoptic team who really got on my nerves. We actually all did a phenomenal job with very little hassle; we were just out there in the crazy world of cinema having fun and writing a few words along the way. Cheers to them and everyone else involved for making it unforgettable.

I’d like to take this opportunity to add something further to each of these incredible experiences detailed above. The 24th Raindance Film Festival was a wonderful opportunity, and I’d like to thank Tiffany Kizito and her team for helping us through our very first film festival. The volunteers and staff alike were just gorgeous people. So helpful and friendly you can’t help but love them all. Further, I’d like to extend my enormous thanks to Clare, Maddie, Elliot, Louis and Julius, each of whom went above and beyond to make this coverage happen. The days were grueling. 14 hours, last trains, and thousands upon thousands of words to write, edit, and (god forbid) transcribe, each and every member of the team has been outstanding, and I really couldn’t wish for a better group of friends to work at this seemingly insurmountable task with. They all know me well enough to be surprised by this little postscript, and I’m sure most are still debating whether this is sarcasm, but I need to assure you guys this is genuine. You all put your heart and souls into this coverage and I really do appreciate it. – James