You may already know how we usually do this: if the films are nominated for anything, we let you know underneath the film stills. However, as all of these shorts are nominated, we don’t have to! Enjoy. 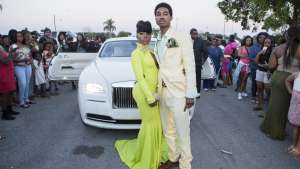 The Send-Off takes an interesting look at the ever-stranger phenomenon that is the high school prom in America. Following the day and night of prom, Lucas & Bresnan capture the preparation of various boys and girls tucking in their shirts and doing their make-up before heading off to their biggest night so far. What is most interesting, and really the crux of the whole piece, is a scene in the school grounds just before the party begins. Having seen the various less-than-well off backgrounds each come from, their arrivals in a variety of vehicles from Rolls-Royce to Audi (the cheapest of which was likely £60,000), dressed up to the nines they parade for all the family members who have come to see them off to prom. The actual event ends up simply being a bored DJ in the conference room of a local hotel. Despite the film depicting unnecessary expense and what would be a loud party, The Send-Off is a quiet piece. The camerawork of Joaquin Del Paso (director/writer  of PanAmerican Machinery) forces all of this excess through an entirely banal lens, a decision which helps to create this intriguingly beautiful short. 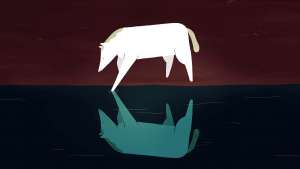 This French-Hungarian animation was a refreshingly tender, beautifully simple short that evokes genuine thought from its audience. Split into three chapters (Longing, Love, Solitude) Love poses much on the nature of its titular theme. Neither positive nor negative on the subject, it simply details various consequences we each know. The episodic nature of the story didn’t stutter, rather it gave time for us in the seats to readjust and settle back in to the next tonally different 5 minutes of meditation on the most debated of emotions. Given the short nature of the short reviews, I’m not going to attempt to break into the philosophy of Réka Bucsi’s charming piece (of which there was plenty), but instead encourage you to find 14 minutes out of your day to let Love wash over you. 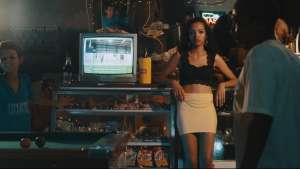 The title of this Brazilian short would certainly have been literal to the protagonist’s father, a deeply devout man who preaches on the streets about the dangers of Sodom and brings his family along. His evangelising is powerful and disturbing to watch, a stunning performance, made all the more uncomfortable when followed up by the gently pleading song of his young, brace-wearing daughter. Soon after this, she seeks out her own paradise. The Girl Who Danced With The Devil utilises interestingly framed and confidently long shots to create a rather bizarre, but certainly unpleasant, tone. In particular, a scene shows half the family eating dinner through a doorway whilst we hear something akin to an exorcism on the television out of shot. The camera stays in place as the door is closed over, leaving us to sit in darkness for quite some time. A story told in an interesting manner, however the various facets never really culminated in anything of note. 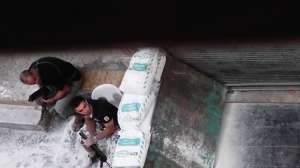 Told through the eyes of Syrian photographer Issa Touma, 9 Days offers an interesting perspective on the opening days of the conflict in Syria. The entire short is composed either of interior scenes of Touma’s apartment, or poorly-framed short clips of the exterior, clearly taken by a man in fear. 9 Days is narrated by its protagonist/director/DOP and provides a different image of an event we only really know from the news. Surprisingly, however, the film doesn’t appear to be anything new. Through the glut of images and correspondents and reports about and from Aleppo, most of this production has already been seen, if you’ve had a chance to explore the subject. If not, then this is certainly worth a watch as an introduction to what the conflict can sometimes shape up as. What is most important about 9 Days is the fact it comes from a civilian. It acts as a very human reminder that there are plenty of people who are unaligned when it comes to combat – most of us just want to get on with our lives. 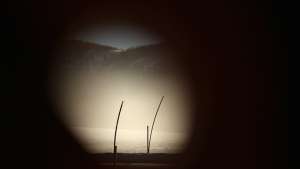 I can’t disagree with the description of the category that The Trembling Giant falls under in the BFI’s programme for this year’s festival. It certainly is a reinterpretation of form, a film that develops ‘techniques to investigate the ways of perception of tie and space’ and so on. But I can say that I didn’t like this reinterpretation. The Trembling Giant was shot on a moving 16mm take up reel, and the effect this produced was intensely unnerving, a positive. However, when the rest of the film seems to have been forgotten, leaving an indecipherable narrative with uncertain impressions, it simply fails to engage. It would struggle to keep an audience involved at the Tate Modern, let alone as part of a film festival. 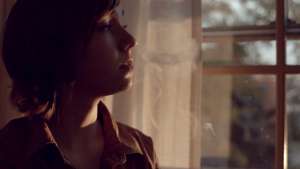 Loosely based on a short story by Dave Eggers, Your Mother And I is an enjoyable piece to watch, but certainly not vapid. Mostly a two-hander, the performances that could make or break such a tale are thankfully brought as the former by Don McKellar & Julia Sarah Stone. McKellar plays the dad who regales his daughter with various stories of how he and her mother seem to have cured all the ills of the world. From energy to genocide to the media, by simply sitting people down and talking things through with them, ‘your mother and I’ seem to have single-handedly fixed… everything? So much so that llamas now roam as plentifully as squirrels because they liked looking at them – can’t really argue with that one. The story is not cut and dry and leaves its audience with plenty to think about on their way home, but this does not detract from its charming tone. Anna Maguire has crafted something quite special.