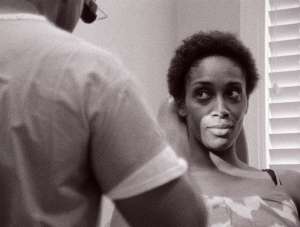 Whilst attending a medical examination, an unnamed woman recounts the shooting of a man by his friend in this curious short. The visuals never quite match up with the voiceover, instead offering a banal canvas to allow you to focus on the delicate story being narrated. The tone of Kevin Jerome Everson’s film is disengaged with itself, simultaneously disconnected and homogenous, at times a little off-putting even. It forces you to sit at arms’ length and hear her tale, preventing you from becoming emotionally engaged. Ears, Nose and Throat is a distinctly arthouse piece, offering little to really entice, but captivating nonetheless. 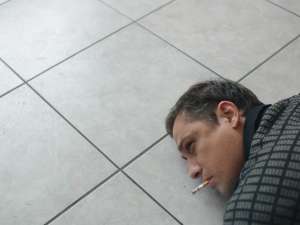 Many shorts and features this year have tried to capture the feeling of those in a new land, attempting to adapt to their unfamiliar environments, whether through choice or necessity. Import is a Dutch short which attempts to broach this subject. Each member of the Bosnian refugee family try to find their own little way to make this small town more like home. The father puts up a satellite dish, the children offer cookies to others their age, and mum just wants to help everyone she can in the hospital, despite her remit as a cleaner. They find varying success in their endeavours, and the film charms and chastises its audience with the results. At the end of it all, at least they’ve each other to come back to. 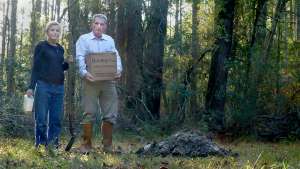 A wonderfully charming documentary espousing our seemingly infinite love for animals and the often ridiculous ways we’re forced to say goodbye. This short is a simple one, focused only on an older couple who are enjoying recounting various tales of the animals that had heart attacks, were carried off by hawks (on an oddly large number of occasions), or the fish with ‘stump body’ for which they build a foam enclosure to sit happily in all day without fear of falling over. Apparently fish can do that. Each of the stories is accompanied by a crudely hand drawn animation that heightens the humour of the whole piece, whilst maintaining the pleasantly light tone. Each and every animal’s short or long life is told with such genuine delight that it’s hard not to be won over by the documentary’s subjects. Pickles is sweet, hilarious, and just lovely. 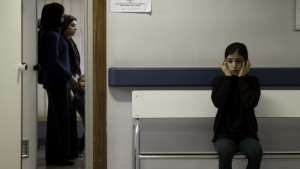 Set entirely in a hospital, The Silence tries to portray the struggle of a young girl and her mother receiving bad news. Further to this unhappy scenario, the mother doesn’t speak English, leaving the young daughter to translate the details. Whilst the film is nothing inventive, nor the story unheard before, The Silence approaches the ever present subject (both on and off screen) of the refugee crisis and handles it ably. It moves beyond the simple culture-clash of some shorts, and finds an interesting moral dilemma to help frame the more general hardship that marks the backdrop of the film.

(To clarify, this review is the one from our first viewing of Candy Floss at the Raindance Film Festival. The programme it was part of, UK Shorts, can be found here)

Wait, this wasn’t funded by Film4? We jest, as Jed Hart’s depiction of a runaway’s relationship with a young traveller was genuinely harrowing. The short questions to who or what we each have a responsibility, and at what point looking out for yourself becomes selfish rather than savvy. The cinematography was fittingly bleak, with its juxtaposition of blurred and focused images mirroring the clarity of each character’s decision making. The young teenagers Shane (Barry Keoghan) and Jasmine (Grace Hogg-Robinson) have believable chemistry, leaving the outcome all the more tragic. With its framing of meretricious neon, comparable to that of Nicolas Winding Refn’s brilliant Drive, Candy Floss is certainly a display of multiple fledgling talents. 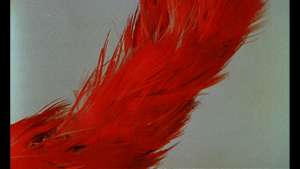 There is Land! is another ‘inventive’ use of form and function as part of the shorts award at this year’s BFI London Film Festival. The film presents itself as both predator and prey, land and character, the hunt and the reward. It throws the camera violently across the scenery, attempting to find a girl in an orange vest skulking in the grass much like some sort of big cat, and it does so at such a close zoom that it’s more than a little nauseating. The film repeats and repeats its title throughout and recycles about 2 minutes of footage in a less than helpful structure, which, had it not disinterested, would have left me curious. After a while, some of these appeals to find new ways of looking at the world just get tiresome and create a longing for a tangible narrative.