James Baxter-Derrington and Louis Chilton had a blast at this year’s BFI LFF. Here’s a list of their top 10 features, each with a link to their full reviews (just click the titles!) so you can check out all you need to know and discover some terrific new films. 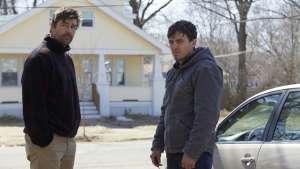 Manchester By The Sea

Grief is a topic so often visited in the cinema that it is rarely addressed in an interesting or genuine manner. Manchester By The Sea returns this topic back to the hands of filmmakers who are truly capable. Offering a real insight to how bereavement affects a family, the voids it creates, and the bizarre vacuum our lives attain during the immediate aftermath of a close death, Kenneth Lonergan delivers a masterful film, bolstered by the outstanding performance from Casey Affleck and his supporting players. 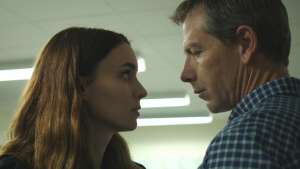 An utterly enthralling piece from the bowels of what Film 4 is capable of, directed by Benedict Andrews, Una is perhaps the most harrowing way you can spend 90 minutes this year. Effectively a two hander, the film has extraordinary depth, using flashbacks without faltering, and never missing a beat, try as you might you cannot look away from the traumatic events unfolding on the screen. Rooney Mara and Ben Mendelsohn are sublime in their challenging performances in this exemplary piece of filmmaking. 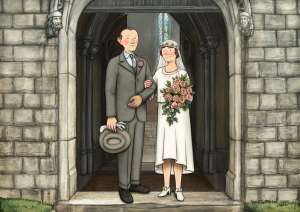 Completely cosy and wonderfully warm (sorry, couldn’t resist) Ethel & Ernest is gorgeous. Penned by Raymond Briggs (The Snowman), his graphic novel in ode to his parents is faithfully adapted by Roger Mainwood, retaining the style, tone, and feeling that accompany a Briggs tale. The titular parts are cast perfectly with the familiar Brenda Blethyn and Jim Broadbent, encouraging you to fall in love with the duo as though they were your own parents/grandparents. It’s hard to stop smiling at this heartfelt story. 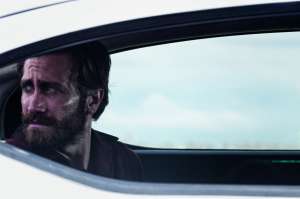 Questioning perception and the realities of the consequences of our actions, Nocturnal Animals is an intensely well-defined and hugely engaging film. Tom Ford’s direction and adaptation of Austin Wright’s Tony and Susan exudes an inimitable brilliance. The story is dark, devastating, and will live in your mind for weeks after. Jake Gyllenhaal continues to prove his versatility in yet another superb performance, accompanied by an also outstanding Amy Adams. You’ll struggle to beat Nocturnal Animals this year. 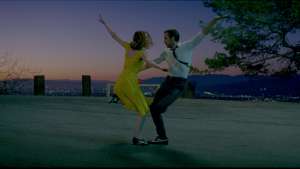 This nostalgic musical romance from Whiplash’s Damien Chazelle sweeps into your heart with slick bombastic flair. Emma Stone and Ryan Gosling excel as the two star-cross’d lovers whose relationship forms the basis of the film. The songs, by Justin Hurwitz, are catchy and varied, all lovingly drawn from the genre stylings of old Hollywood musicals. Funny, touching, and with a glowing adoration of film that always seems to win over the Academy judges, La La Land is bound to be a sensation – not only come awards season, but in the immediate affections of the film-going public. 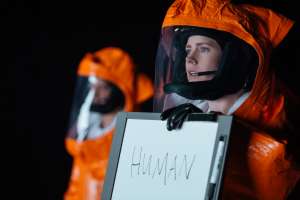 Arrival is science fiction with brains, ambition and a refreshing respect for the importance of language. Amy Adams stars as Louise Banks, a world-renowned linguistics expert who is drafted by the military to work out a way to communicate with aliens. With a supporting cast that includes Jeremy Renner and Academy Award winner Forest Whitaker, Arrival is a masterclass in conceptual filmmaking, taking a meaty idea and letting its questions and implications naturally steer the narrative. 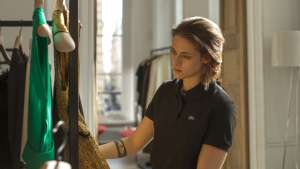 Kristen Stewart gives a masterclass of emotion in Personal Shopper, the genre-bending new film from Olivier Assayas. She plays a medium who works as a fashion assistant for a Parisian celebrity, spending her free time in a desperate search for a connection with her dead twin brother. Inventive, unpredictable, and ceaselessly interesting, Personal Shopper is a unique and unsettling look into life and the afterlife, with much to say and an ingenious means of saying it. 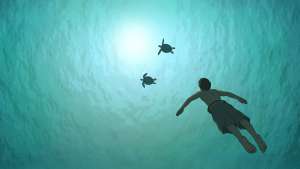 A collaboration between Wild Bunch and Studio Ghibli, The Red Turtle is an artful poem: a beautiful, gentle folk tale animated with originality and delicacy. There are no lines of dialogue, but the storytelling couldn’t be more wonderfully clear. Telling the story of a man being stranded on a desert island, and his encounter with an almost mystical turtle, The Red Turtle is an ostensibly simple, but thematically rich work, brimming with warmth. Fans of Studio Ghibli’s other work will no doubt be satisfied with this deft, thoughtful and touching film. 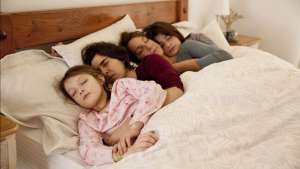 One of the lesser-discussed gems of the London Film Festival, Chilean drama Rara is a funny, beautiful depiction of the effects that a divorce’s custody battle has on the children involved. Managing to blend naturalism with humour and biting pathos, the film ultimately chooses understatement over typical cinematic hyperbole. With convincing performances all-round, however, and first-rate cinematography, Pepa San Martín’s hugely impressive directorial debut is a subtle but emotionally forceful experience.