The Return to the Motherland 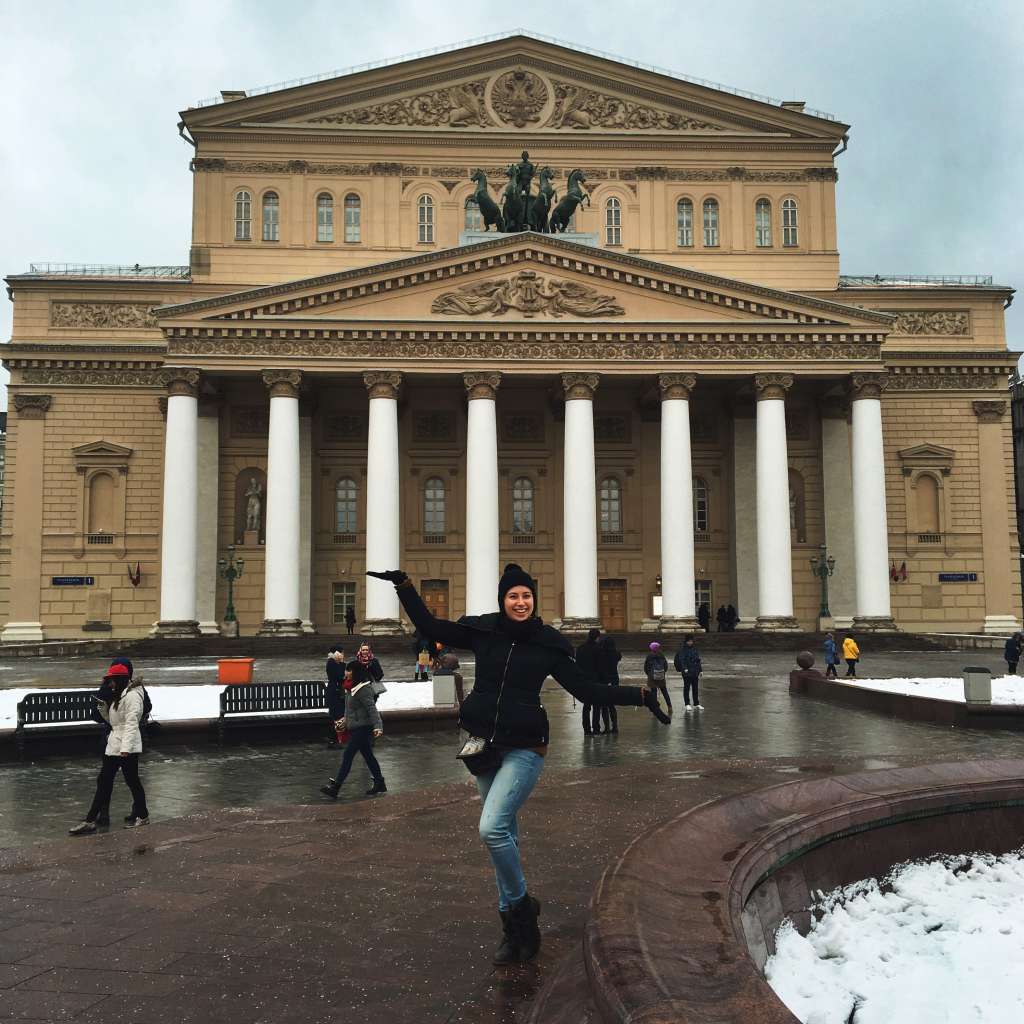 Ah, Russia. A county so beautiful and mysterious. Very misunderstood but completely crazy. I absolutely adore it. Of course, I may be biased. Having grown up and lived there for over 10 years I now have the best of both worlds whenever I visit it because I am both an insider yet also an outsider. One must understand, it is not one massive country full of wolves, bears and snow as I have so many people asking me. There are cities, there are people and there is a completely different lifestyle. Having been away for more than 2 years, I was happy to be back in the Motherland and I’m now here to report all the fun and crazy things Moscow had to offer this time around.


I am forever blessed to come from a country where ballet is a very big deal, after all, the Russian ballet is considered the best in the world. I got to see a wonderful production of ‘Esmeralda’ with my babushka which took me back to the time when I was a little girl and we would go see beautiful performances every month or so. At the time, I didn’t understand what a privilege it was to see world-class ballet with some of the best dancers in the world which was right at my doorstep. Yet now, coming back to the theatre many years later, I was able to be fully engulfed in this beautiful art form – from the costumes, stage decorations, to the small details and of course, the incredible dancers, I was completely engrossed and in awe of everything happening on stage.

Need I say more? The stereotype is true, there is no denial. I was lucky enough to attend one of my friend’s hen do’s whilst out there and got to go to a very secluded but cool underground bar with my friend and her sister. To deal with our hangovers, we all drank beer and ate watermelon the next day – I have now realised what I’ve been missing out on all these years. 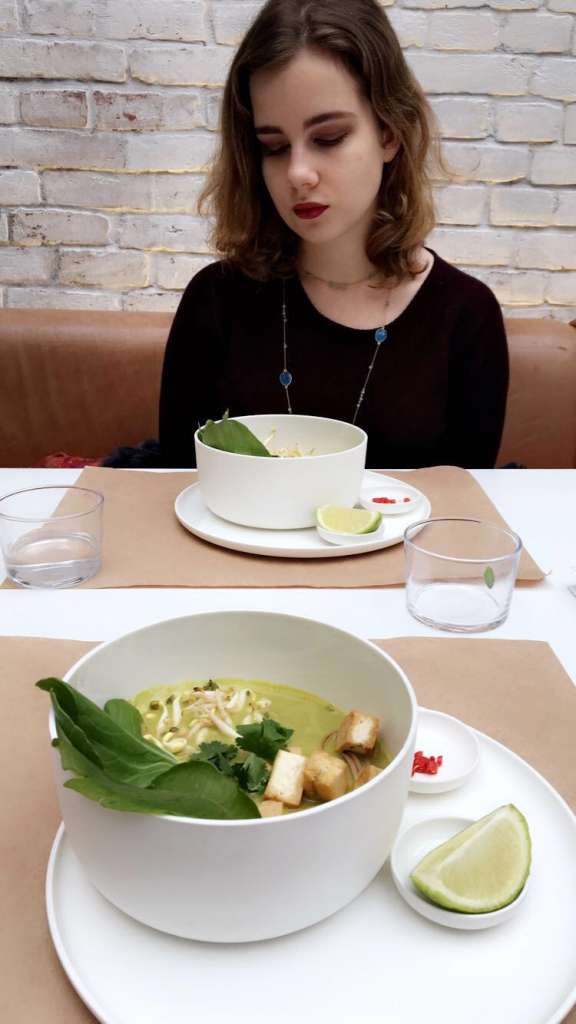 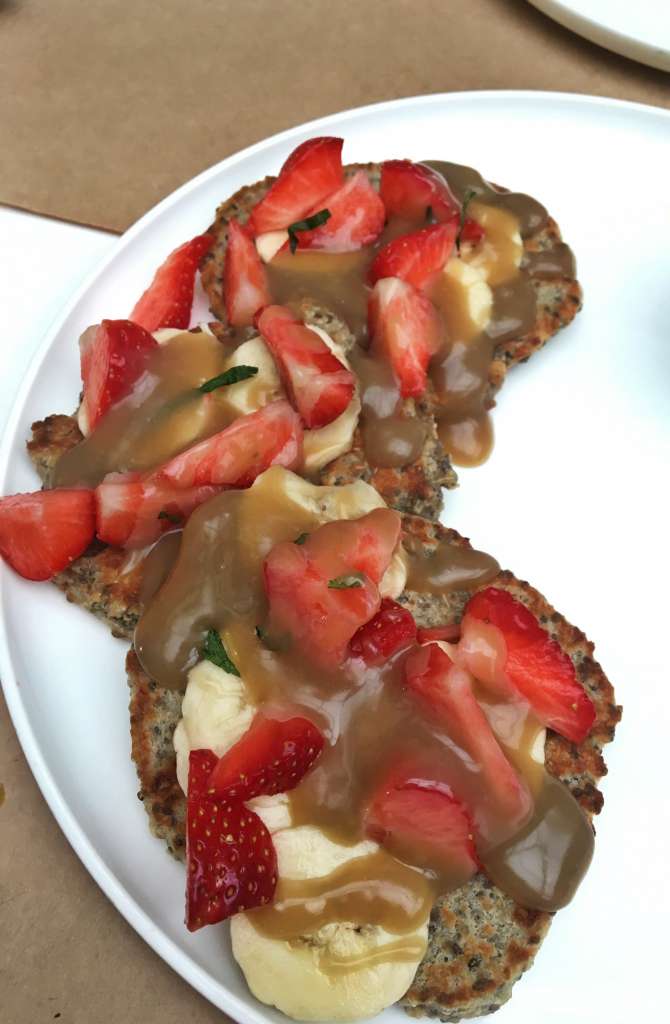 I was pleasantly surprised to see the vegan/veggie café scene on the rise in Moscow. When I had visited the last time almost 2 years ago, without exaggeration not a single person I had spoken to understood vegetarianism, never mind a veganism. Traditionally, Russia is very big on meat-consumption as a country. Whether that’s beef stew, salami, or meat somehow being sneaked into the majority of dishes, I was shocked to see that there are now fully vegan and veggie cafes that were prosperous and popular amongst the Moscow population. My best friend and I found a café which was situated at the back of a very expensive yet quirky boutique. I adored the interior of the place as it was very modern yet had a somewhat rustic vibe to it. They played completely contrasting hardcore rap that somehow worked with the whole atmosphere of the place. We both ordered a vegetable laksa with buckwheat noodles, two juices and then later on went to share banana and chia seed pancakes with the most delicious coconut caramel sauce. The ingredients in Moscow are slightly different so I could taste the difference within tofu from the tofu you get in England for example, but otherwise I was really pleasantly surprised with the whole menu and the food we ordered. Even the prices weren’t completely extortionate and something similar to what you’d expect in London.

Over the last two years, Russia has seen a massive rise in popularity of something they call ‘Quests’. I had been seeing my friends attending these things and tagging themselves on Instagram, Facebook and all social media. I didn’t think much of it and thought it may be some weird Russian trending hashtag. However, during my visit to Moscow, my friend asked me what I wanted to do during my stay and I brought up this ‘quest’ they had been talking about and tagging on social media, asking her to explain what exactly it was. She was shocked to find out that I didn’t know what it was, and proceeded to book one called ‘The Quarantine’ for my last night in Moscow. My friend was very secretive about it and hadn’t properly explained the whole concept of it, saying she wanted me to experience it for myself to fully understand it. Turns out, ‘Quests’ are live action games in which you have to normally solve puzzles whilst you are put in a scenario. Having now done my research since attending one, Moscow is the second biggest city for ‘escape gaming’ outside of Asia, it having apparently originated in Japan. They started off as puzzle solving games in which people would be put into a situation and have to solve puzzles, get clues, open safes, secret doors and all sorts of things. It is now so massive and popular that there are all sorts of genres for quests, some are just general puzzle solving, some require a level of physical ability and are more obstacle-course based and then of course, you get one of the most popular ones – Horror.

Overall, I’m not very good with horror and tend to stay away from horror movies as a whole, my preference being more psychological thriller type movies/tv shows, so I was very worried going into this since, let’s be honest, ‘The Quarantine’ doesn’t sound like it’s for the faint-hearted. Our particular scenario was a classic case of a mad doctor who was running experiments in an underground lab which eventually got shut down and had been abandoned for over sixty years, but recently there had been SOS signals coming from inside the lab, meaning that we had to find the source and solve some puzzles. Our quest was booked in for 23:30 on a Friday night, which already seemed odd to me that something like that would be opened that late. When we arrived, I found out that there would be actors and that we would be underground in the basement. I had many questions as to how this whole thing was run, how can you rent a massive basement of a corporate building in the centre of Moscow for a live action horror game at 23:30 on a Friday night? I both loved and hated the experience. It really was intriguing, when you’re in the game it feels creepy and real, and your survival instincts kick in like never before. For example, I got taken away by one of the actors (who were phenomenal and did a really great job of scaring the shit out of us) and got put into a single unit locker which he then turned around to face the wall so I couldn’t get out. At this point, I realised I am probably claustrophobic as I’ve always had a dislike for small enclosed spaces and this was my worst nightmare. I really freaked out but also since my instincts kicked in, I managed to shuffle the locker away from the wall and quickly got out.

I lasted about 30-40 mins out of the whole hour before I got caught by another actor and asked to exit the game as it got a bit too much. However, I was glad to do so because I got to see the behind the scenes process where you do realise it really is a game that’s fully controlled with more than 9 cameras set up in the entire place monitoring everyone’s actions and whereabouts. The sheer contrast from what was designed to look like a creepy abandoned underground hospital, with props, sound effects and the ever so scary actors, to a small, brightly lit office where everyone is having a cup of tea and cake in a fully relaxed and funny atmosphere as you get to watch everyone else on camera be freaked out and put into various situations was astonishing. There I also got to make friends with the three actors, one who was the main ‘operator’ who we had contact with via a walkie talkie the entire time, the actor who shut me in a locker and the one who eventually got me out. I had the opportunity to ask all my annoying questions from whether they like working here, the ‘how the hell do you rent a basement of a corporate building in the middle of Moscow and how much does it cost’ amongst other various and probably annoying questions. One of the actors even gave me an old Soviet gas mask as a souvenir to bring back to England and show my friends. 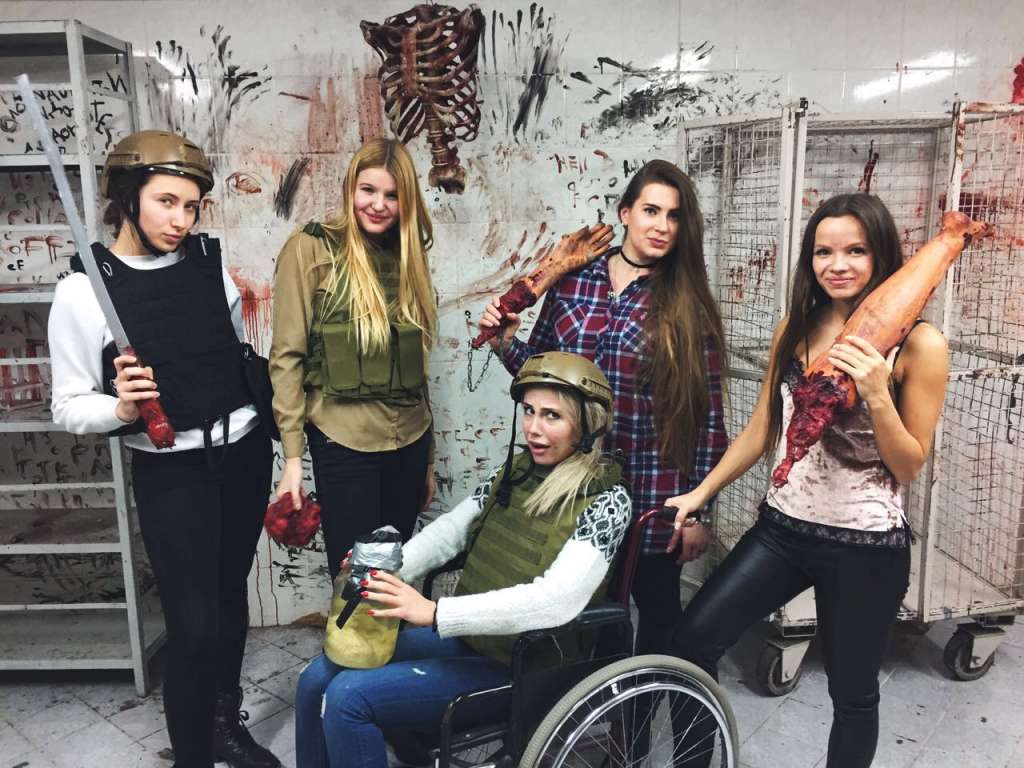 Some fun facts I found out during my stay