Ah, the year’s end. You know what that means – this week, it’s time for us to round up our favourite features that the world of the Arts had to offer in 2016! To kick us off, Louis Chilton ranks his top 10 films of the year. 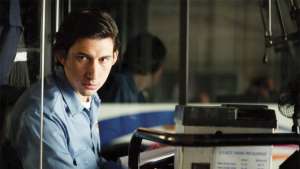 Perennial filmmaking outsider Jim Jarmusch is on prime form with Paterson, a deft, gentle, and numbingly poetic film about the day-to-day life of a bus-driving amateur poet. Adam Driver is always magnetic but has rarely been this subtle, giving a first-rate performance as the eponymous Paterson. 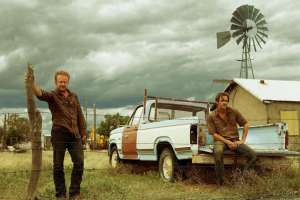 Part heist movie, part western, and with a distinct flavour of the Coen brothers, Hell or High Water is a thoroughly enjoyable tale of revenge, brotherhood and the American plains. The soundtrack is first-rate Americana, the dialogue is snappy, the cinematography arresting and the performances pitch-perfect. Genre pieces such as this often struggle for prestige, but David Mackenzie’s film is a dusty, sun-baked delight.

8. Hunt for the Wilderpeople

Flight of the Conchords alumnus Taika Waititi follows up the success of What we do in the Shadows with the hugely enjoyable Hunt for the Wilderpeople. A touching, funny tale of a young New Zealand delinquent adopted by a loving but unconventional rural couple takes a strange and welcome turn partway through. Sam Neill is great as the exhaustingly gruff ‘Uncle Hec’, while the kid himself is played with glee and swagger by Julian Dennison. One of the funniest, sweetest films of the year. 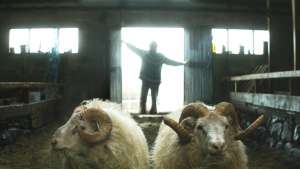 At the other end of the merriment spectrum we have Icelandic drama Rams (original title Hrútar), a stark, deeply moving portrait of isolation and compassion in the Icelandic highlands. Telling the story of two estranged farmer brothers who are brought together by a livestock blight which threatens their livelihood, Rams is a series of intimate human moments that build to a powerful, affecting conclusion. 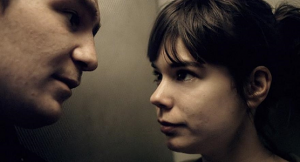 Victoria is an incredible feat of filmmaking – a character study, romance, and heist thriller all captured in a single, sprawling take. Offering a complete immersion in the streets of early-hours Berlin, Victoria is a thriller with brains, heart, and a sense of ambition you can’t help but admire. Currently on Netflix UK. 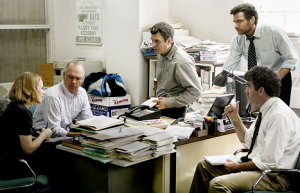 The (slightly) unexpected winner of the Best Picture Oscar, Spotlight is a slick, challenging retelling of the investigative journalism that unearthed the massive web of sexual abuse among priests in the Boston area. With a great cast that includes Mark Ruffalo, Rachel McAdams and Michael Keaton, Tom McCarthy’s film is that rare release that handles heavy, important subject matter with both sensitivity and a narrative confidence. 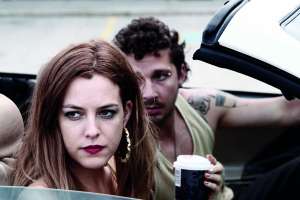 Andrea Arnolds’ American epic comes as close as any of this year’s releases to capturing the American zeitgeist. A tale of love, liberation and the seductive power of money, American Honey is a road movie with attitude and insight. Read The Panoptic’s review here. 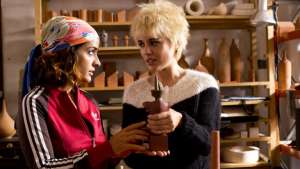 Julieta was a stunning return to form for Spanish master filmmaker Pedro Almodóvar. Focusing on the tragic life of the titular Julieta – who is played brilliantly by both Emma Suárez and Adriana Ugarte – this film is a mystery, melodrama and relationship drama expertly rolled into one. Read The Panoptic’s review here. 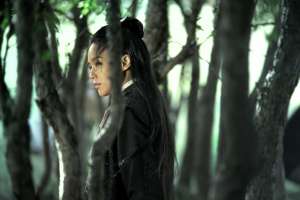 Taiwanese director Hou Hsaio-Hsien’s The Assassin is a mesmerising piece of work. From the black-and-white opening, depicting an aborted assassination attempt, to the gorgeous, wistful end, The Assassin leaves you floored. Shot in a highly classical style, with a masterful eye for composition, it feels utterly timeless, indistinguishable in effect from the best of last century’s arthouse classics. Ostensibly a martial arts venture, The Assassin is as artful and sensitive as cinema can be.

1. Embrace of the Serpent 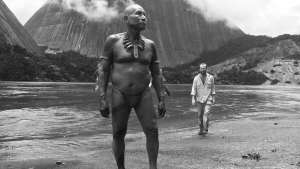 Embrace of the Serpent is set in the Columbian Amazon, and interweaves two timelines as white explorers navigate the river and search for a near-mythic healing plant. Shot in fantastic black-and-white, the film, directed by Ciro Guerra, is dense, atmospheric, and wields immense power. Thematically there are obvious parallels to Conrad’s Heart of Darkness, but Embrace of the Serpent supersedes any previous attempts to translate such subject matter into the language of cinema, including the gold standard of Apocalypse Now. This is a dark, incisive trip into the very nature of civilisation, tearing apart the evils and complexities of colonialism with a rare, indulgent beauty.