10. Beyond the Fleeting Gales – Crying 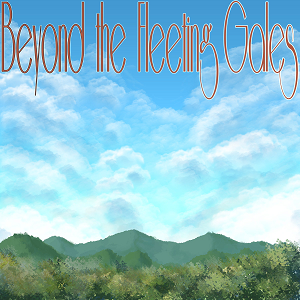 Beyond the Fleeting Gales is such a lively and energetic listen, with its playful melodies and vocals giving off a strong feeling of childlike innocence. I have to say that on first listen, the overbearing, sickly sweet cheerful melodies and slap-in-the-face cheesy guitar solos didn’t sit well with me at all. It wasn’t until I returned later that for some reason or other I’d flipped to feeling a great level of fondness towards Beyond the Fleeting Gales and its overwhelming joy. It marries numerous styles of Pop music, from Indie Rock, to Twee Pop, to Power Pop incredibly successfully, and the resulting record is just so ridiculously fun. 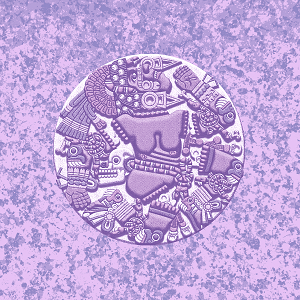 Elysia Crampton Presents: Demon City is exactly that. It sounds like some sort of demonic dystopian world pumping experimental club music. I absolutely adored Elysia’s 2015 release ‘American Drift’, and this release offers much of the same in terms of incorporating such an intriguing breadth and oddity of samples. It feels purposefully cheap and cheesy with the choice of samples and synths used, weird pitched laughter and incredibly odd sounding horn synths, often spattered all over the place into a twisted and frenzied monstrous collage. 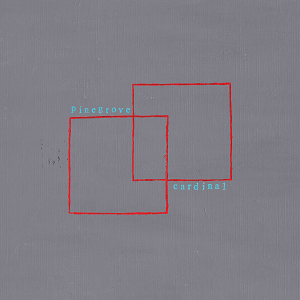 Cardinal will always be one of the first records I recall when I think back to 2016. Despite at first resigning it to being nothing more than mildly enjoyable Indie-Rock, it quickly overshadowed my expectations with its engaging songwriting. Aphasia is one of the songs that resonated most with me this year with its poignant subject matter exceedingly easy to relate to. Also a year-long favourite of people close to me – Cardinal is now tied with numerous memories I have of the year. 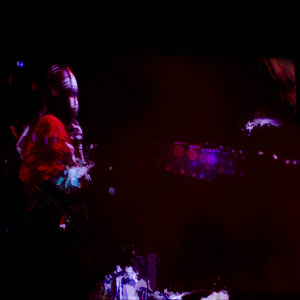 This was one of the first albums to truly click with me this year. I was desperately looking for something to review that I wasn’t completely lukewarm on and Sleep Cycle really got me excited. This reverb heavy psychedelic gem from Deakin is perhaps one of the more underrated albums of the year, every little pocket of space in the mix is packed in the most maximal manner with wonderful gleaming sound. You can read my review of Sleep Cycle here. 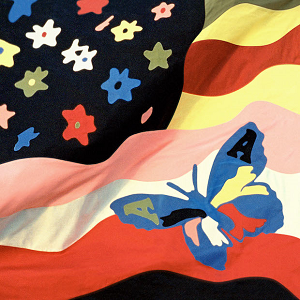 The long awaited Wildflower is undoubtedly some of the most vibrant, colourful feel-good music you could come across this year. Wildflower perfectly soundtracked the summer, with its busy tapestry of stitched together samples giving off never ending easy-going summery feeling. I ended up compulsively listening to this record, with songs like Frankie Sinatra spinning around my head for weeks, absolutely addictive and infectious. The poppy Hip-Hop tunes on Wildflower give off the incredible feeling of being in the middle of a crowded summertime party and I can’t wait to be able to play this on the speaker in the garden under the sun again. You can read my review of Wildflower here. 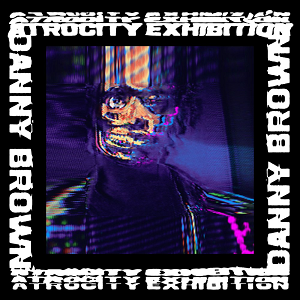 After his painfully disappointing record ‘Old’ which was released in 2013, I was worried Danny would be indefinitely abandoned to making underwhelming party trap songs. Disappointment gave way to hope in the early months of 2015 however, when Danny tweeted “Some next shit hope yall ready to get experimental wit the bruh bruh 😜”. He wasn’t wrong. Atrocity Exhibition certainly delivered, earning its place as his most well written and mature record to date. It partly consists of the mind-bending, psychedelic sounding production of Paul White; a perfect left-field foundation for Danny to lay his wacky, deranged sounding verses upon. It also contains tracks from the other end of the spectrum with Danny rapping in a lower register over more conventional beats. Overall however, Atrocity Exhibition is easily the most wickedly dark and unhinged Hip-Hop album of 2016. 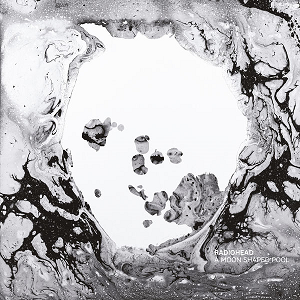 This is the perfect record to listen to in the early hours of the morning, in fact when this came out I religiously looped this album every night without fail. Its slow moving instrumentation swells rather than packs a heavy punch, it strides purposefully rather than rushes through, making for an album with an intensely captivating atmosphere. Much of A Moon Shaped Pool is gloomy, grey and overcast, and all the while incredibly settling and calm, which has led to it becoming one of my go-to albums of 2016 (perfect for listening to whilst tackling any last minute late night assignments). They’ve been around for over two decades now, and A Moon Shaped Pool is a testament to the band’s exceptional staying power. It’s an overwhelmingly solid addition to an already much admired discography. 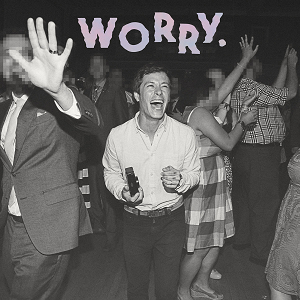 I’m not a fan of Pop Punk. Can’t stand it. It’s something I’d much rather abandon to my long greasy “emo fringe” days than indulge in now. Despite this, it doesn’t seem to be the case with WORRY., which undeniably contains strong elements of Pop Punk, albeit with more of a sense of maturity. WORRY. is easily one of the most catchy and immediate records I’ve listened to this year, and considering the dispiriting and turbulent nature of 2016, perhaps catchy and immediate was exactly what I needed. 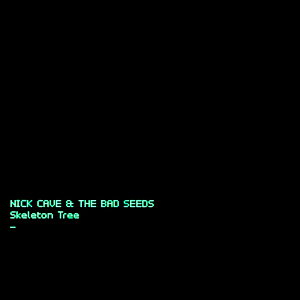 Recorded in the wake of the tragic death of his son, Nick Cave delivers a vocal performance here in which every word spoken is bleeding with passion and packs an immense emotional impact. It’s an incredibly sparse record with minimal components used for the instrumentation on each track; soft piano loops, ambient tones, subtle electronic shimmers. Cave can sound incredibly tortured with his strained vocals barely keeping time over the bleak soundscapes, imparting a despairing feeling to the tracks which can make for an emotionally exhausting experience, however it’s one which doesn’t at all punish the listener with anything too demanding. Having not really delved into Cave’s back-catalogue, this really took me by surprise and rapidly became one of my favourite albums of the year. “Cause nothing really matters, when the one you love is gone”. 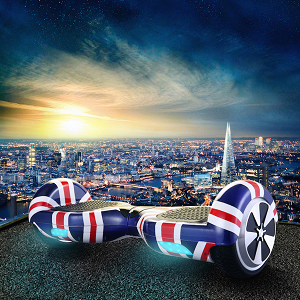 “BBF” Hosted By DJ Escrow is still one of the most perplexing records of 2016, and not one I anticipated enjoying as much as I do. It feels incredibly rough around the edges, unfinished even, with its heavy and sporadic use of repetition, noise and monologues from the album’s ‘host’ DJ Escrow. “This makes me proud to be British”, the albums mantra, is repeated ad infinitum and feels almost maddening at times, which on first listen was utterly bizarre. “BBF” Hosted By DJ Escrow is presented like a pirate radio station; made up of an amateur mash of repetitious distorted lo-fi loops, absent-minded mumbled bars from Dean Blunt and the mysterious pitch-shifted ramblings from DJ Escrow, all of which come together to once again show off the vastness of Dean Blunt’s idiosyncrasies. It’s an album which at times can exude Dean’s apparent discontent with the state of the country, whilst still giving off a feeling of hopefulness and optimism. 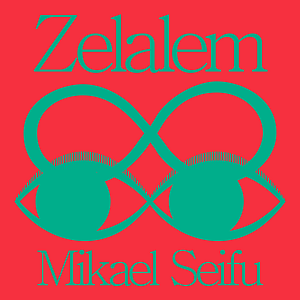 Ethiopian-born Mikael Seifu comes through with Zelalem, an ambient mix of experimental electronic sounds and samples taken from the folk music of his native country. The resulting product of this is an eclectic set of tribal inspired rhythmic electro tunes. 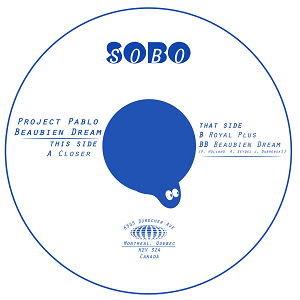 Closer is just one of the most infectious tunes of 2016 and I’m not sure if it’s humanly possible to rinse it. Royal Plus gives the sound of lounging in the sun with its dreamlike smooth synth sounds and exotic drumwork. 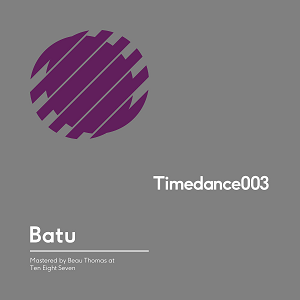 The third release on UK producer Batu’s very own label, Timedance. It’s dark and incredibly stripped back to almost a drum loop, with murky textured atmospheres building in the background of the mix. Reez on the A-side is a perfect example of this; noisy and dark with a fantastic groove to it. 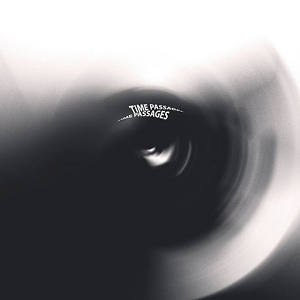 Cold, calculated and methodical Techno tunes to enjoy in the winter months. The Berlin based DJ and producer Onur Özil delivers a diverse set of tracks here with absolutely no noticeable dips in quality. Nomadie is a personal favourite with its assortment of Autechre-style synth bleeps layered into a minimal sci-fi sounding scene. 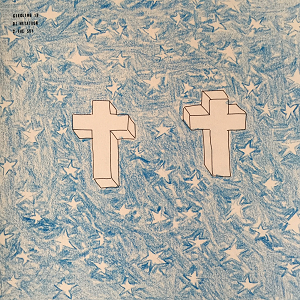 And finally, some warm, uplifting ethereal House music. German producer DJ Metatron (also known as Traumprinz) released the blissful downtempo 2 The Sky on Giegling this year. 2 Bad steals the show on this release with its fantastic vocal cut which never fails to deliver catharsis.