Presumably, most of us wouldn’t expect the words ‘aerospace materials’ to be thrown around in casual, day-to-day conversation. An even smaller minority of people would associate them with a whole subclass of engineering (let alone a possible undergraduate degree…!). Whilst – at first glance – the title of this topic may appear quite niche, it is in fact applicable to a wide range of industries, including the world of fashion.

Aerospace materials tend to carry connotations of innovation (a description which is often accompanied by a hefty price-tag). As such, it was to my delight that during my time at the London and Paris Fashion Week(s) SS15, I was given a chance to play with a multitude of garments and accessories crafted from Perspex acrylic plastic (an aerospace material initially used to build cockpit windows on WWII aircrafts).

…an accessory made of an aerospace-grade material is often assumed to have the same durability, aesthetic, toughness and strength as a spacecraft skin.

Similar trends, within which designers take inspiration from aerospace materials, have become more and more recurrent over recent years; they are used as attractive and marketable selling points within luxury products such as sports cars, handbags and clutches. Indeed, an accessory made of an aerospace-grade material is often assumed to have the same durability, aesthetic, toughness and strength as a spacecraft skin.

Aerospace materials mainly consist of high-performance alloys and superalloys, commonly used in fields where metallurgy is predominant. This includes steels, lithium alloys, titanium alloys, aluminium alloys, and nickel-based superalloys. Metallurgy is integral to both the aerospace and jewellery businesses, with increasing amounts of modern jewellery being forged in titanium rather than the traditional gold, silver or platinum.

Many contemporary vehicles employ new classes of innovative materials, such as structural ceramics or composites. These are materials made from two or more sub-media, assembled together in a way that maintains their distinct microstructures when the composite is dissected (as opposed to alloys, where the elements are mixed together on an atomic scale).

Composite materials and laminates are already ubiquitous in fashion, such as within waterproof Gore-Tex or (more recently) smart textiles, which can change colour depending on temperature, pressure or humidity, and have been utilised by designers such as The UNSEEN. Kevlar – often used within composites – is yet another famous example of an impact-resistant material. Used in fashion, it is often woven into gloves, helmets, vests and jackets, and enables the creation of bulletproof surfaces (with obvious military applications). 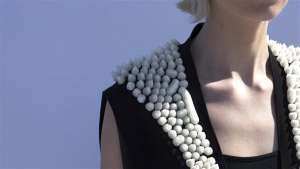 A similar bulletproof concept has been adopted and adapted by phone casing manufacturers, who have developed various fashion accessories that are impact-resistant. Their phone covers are made of carbon-fibre composites, a material class used in high-temperature applications (including the leading edges of a spacecraft). Carbon-fibre-based materials can be woven together, and are much lighter than their bulky counterparts. By weaving or using carbon adhesives to join together two pieces of fabric, there is no need for the use of sutures or seams within the garment; this thereby reduces the weight of the fabric, and being restricted to creating block-like shapes.

Shape-memory alloys (SMA) – a third, significantly more advanced class of materials – are used within aircraft hydraulic systems, as well as more innovative concepts such as deformable wings and fuselage. Fashion has, however, also found clever uses for them in the creation of healing textiles, and humidity-reactive garments.

Fashion has long been inspired by the aerospace sector on a more general level. The principles of aerodynamics have influenced designers to create smooth and continuous lines, and the manufacture of garments through 3D printing technologies and additive manufacturing have provided a way of reducing emissions. Richard Wool – inspired by ‘’aerospace engineering’’ and ‘’highly complex materials’’ – is a key example of this, having created an eco-leather composed of layers of flax, corn and soybeans (with the goal of reducing the carbon footprint of garment manufacture).

The application of aerospace insights within the world of fashion is a key example of how multidisciplinary collaboration can lead to profitable business ventures, and a plethora of collaborative opportunities for engineers and creatives alike.

Robin is a PhD student in Aerospace Materials at the University of Oxford. He has previously completed an MEng in Aerospace Materials at Imperial College London and an IROP at the MIT in Boston. Robin is a strongly interdisciplinary individual, having previously graduated from the French baccalaureate in Hong Kong, majoring in the sciences, the humanities and the fine arts at the same time: Robin believes that engineers work best when collaborating with artists, and vice versa. Outside academia, Robin teaches pole fitness & dance, as well as numerous aerial arts including silks, hoop and trapeze. Robin has also previously… 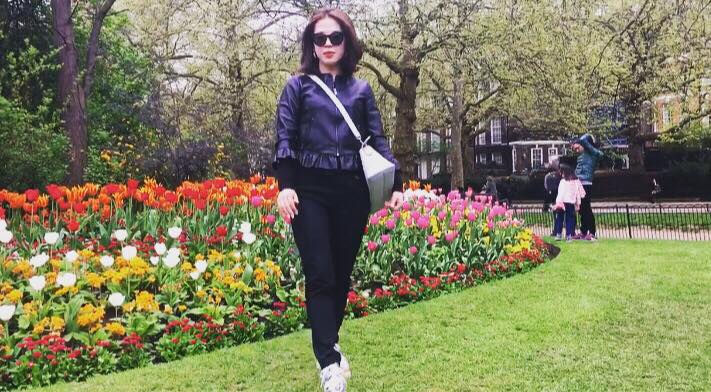 The cost of street style