‘Siblings’ world premiere: A tale of Mexico and America from below

Siblings is a film of two halves, two stories which play out on different sides of the Mexican-American border. It is about love and abandonment, illegal immigration and populism, and three real people whose voices we seldom hear in the age of Trump and his ‘beautiful wall’.

We caught the world premiere of Siblings at Raindance.

On the Mexican side of the border, the film follows two brothers, Chuy and Chato, who have lived much of their lives as orphans. But only one of their parents, their father, is actually dead. As young children, their mother abandoned them to seek a better life, the American dream, north of the border. They have tried to sneak into America five times, occasionally successfully, but were recently deported after spending time in jail for drug smuggling. But they keep going back.

We meet them as they prepare to meet their mother for the first time in decades. The younger brother can barely remember her at all. In candid conversations which director Laura Plancarte films as a fly on the wall, we hear the brothers discussing their feelings about what their mother did. She had to, one tells the other. She’s probably living the American dream, they rationalise. (She isn’t.) As Siblings develops, the viewer is led to find, in their obsession with going back to America, their deep drive to reconcile their own abandonment at a young age.

North of the border, we meet Vanessa as she watches a Trump campaign rally from a camping chair in the RV she lives in. We quickly learn she is socially conservative, deeply patriotic, and harbours an instinctive repulsion towards claiming help from the state that might help ease her situation. She finds herself in a period of economic hardship after she had to flee her abusive husband, and the film follows her as she tries with limited success to rebuild her life. In her story, the plight of poverty-stricken middle America is made painfully clear.

Plancarte and her editor did well to capture the characters accurately, and managed to tell a larger story on top.

The structuring and editing of the film must have been a mammoth task, given that it spans a two year time scale and tells two stories that each have their own complexities. Plancarte and her editor (who were both in the audience at Raindance) did well to capture the characters accurately, and managed to tell a larger story on top. However at times parts of the storytelling felt forced, like the staged flashback to Vanessa’s childhood that I felt didn’t sit well with the rest of the footage.

More consequentially, I felt a deep unease during the part of the film where Plancarte tries to link Vanessa’s family history to her decision to vote Trump. Vanessa tells the camera candidly at one point that she always seeks fatherly approval from men she dates. She has low self esteem too, and is open about the fact she has made ‘mistakes’ in the past. Plancarte structures the film to make it appear that Vanessa’s strong attraction to a father figure is one of the driving forces behind her decision to vote for Trump. Not only did I feel that this was a violation of Vanessa’s trust in allowing Plancarte into her life, but I also felt it didn’t add much to the film’s wider social significance. Daddy issues might have been a factor in Vanessa’s personal decision, but it is impossible to extrapolate that onto wider society. To liberal artsy audiences, that might be an all too tempting simplification that undermines the rest of the film’s perceptive achievements.

Plancarte deals with the ethical dilemmas of her subjects’ privacy more deftly on the Mexican side. The brothers’ story comes to a peak as they are reunited with their mother. In a scene of intense emotion, in a car driving at speed down a highway, one brother tearfully tells his mother about the emotional strain her abandonment brought them. He tearfully tells her he forgives her, but says he needs her to give them the motherly love they’ve sorely missed out on their whole lives. “We almost crashed,” Plancarte said after the film. “But I think they all needed it, the brothers needed to say how they felt and their mother needed to say sorry.” 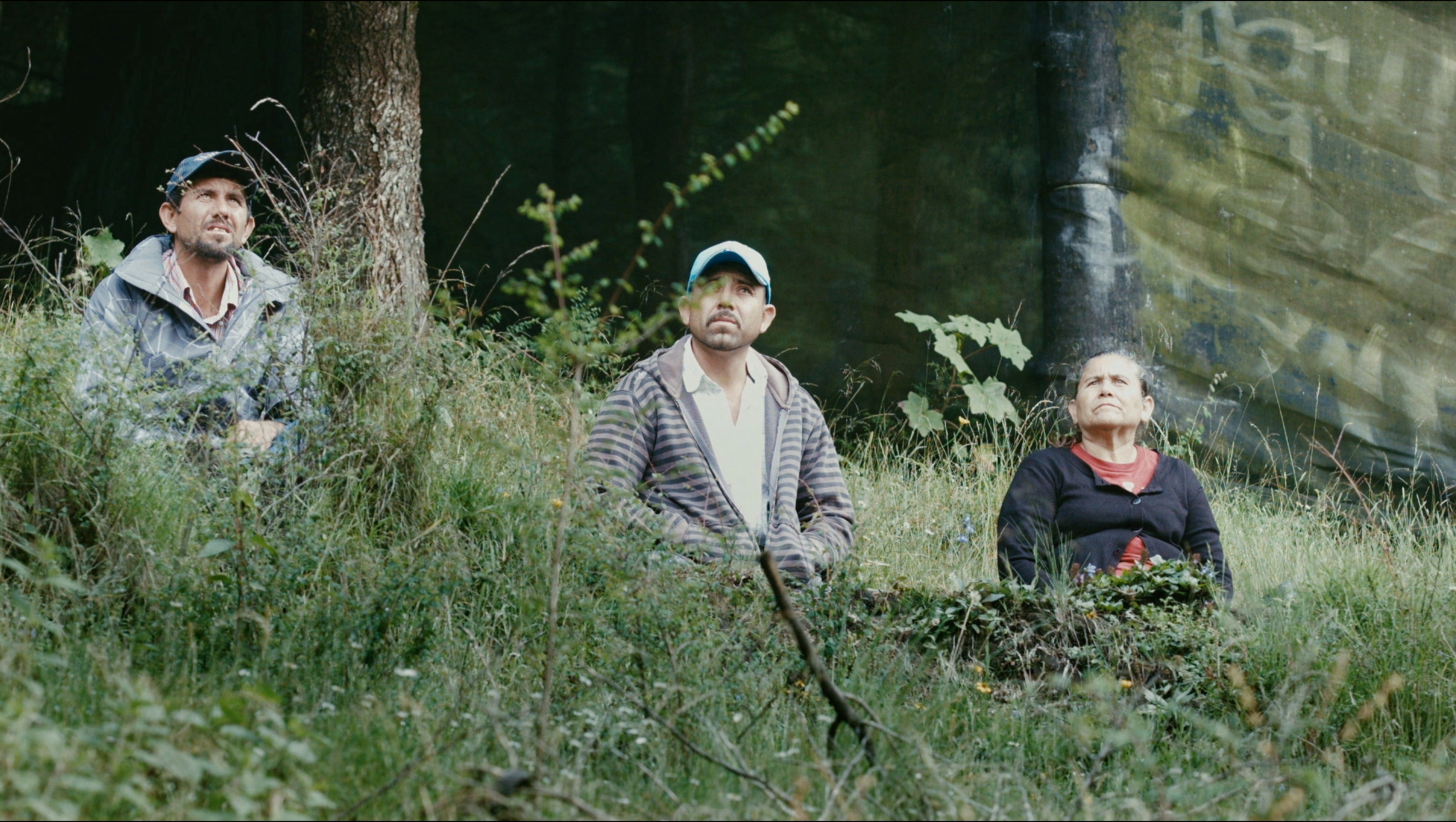 Siblings’ triumph is that it shows the similarities, not the differences, between the lives of Mexicans driven toward illegal immigration and the Americans who voted for Trump. Vanessa is a deeply proud character who is visibly bashful to be filmed at her time of need, but even if the viewer disagrees with her politics fundamentally, they can empathise with the tough situation she finds herself in. The brothers are both likeable and optimistic despite their lack of privilege in geopolitical, familial and economic terms.

The irony, Plancarte (who is Mexican) said after the premiere, is that the USA is the most powerful country in the world yet it leaves its citizens in need as a matter of course. On the Mexican side, the parallel irony is that America depends on the labour of undocumented immigrants, yet refuses to accept it. The consequences are broken families in Mexico and widespread xenophobia in America.

Asked afterwards whether the brothers and Vanessa had seen the film, Plancarte told the audience that the brothers loved it, whilst Vanessa watched it and then disappeared. That, combined with my reservations about her presentation, made me feel uneasily voyeuristic. Whether she felt exploited or was simply forced to ask questions about herself she had not considered, it is impossible to know before she resurfaces. But I left the premiere thinking hard about the ethics of the documentary form, especially when your ‘characters’ are going through periods of turmoil. Siblings is a compelling film that can tell the viewer much about the impact Mexico and America’s fraught relationship has on both countries’ citizens, but its intense focus on the personal lives of its characters left me feeling more intrusive than enlightened.