This year the team at The Panoptic were delighted to attend the 25th Raindance Film Festival, celebrating indie films from across the world. Now that it has ended, we wanted to share our reflections from the festival from everyone who was part of the reviewing team. 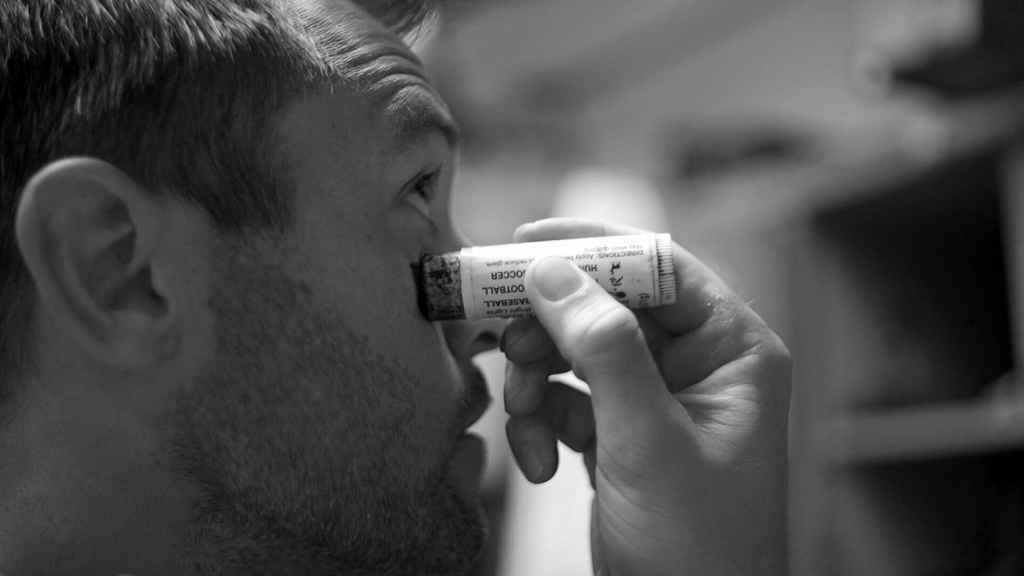 I’ve always been an ardent supporter of indie cinema, in spite of a lot of my friends’ protestations – in my mind, fantastic films never boil down solely to famous actors and a big budget. Attending Raindance and covering its International Feature films in competition certainly proved that a filmmaker doesn’t need silly money to make a great film.

The best movie I saw at Raindance was undoubtedly The Constitution – a heartfelt Croatian film about hatred, love, and tolerance, whose message I know will stay with me for years to come. Another favourite of mine, as The Panoptic’s resident baseball fanatic, was High & Outside: A Baseball Noir, which is a fantastic study of what can happen when toxic ambition goes too far; it is a movie that deserves infinitely more publicity than it is currently receiving. Honourable mentions should also go to Hello Again, a glitzy musical-movie exploring the fleeting nature of lust and human connection; and The Traveller, a dark horse that wholly exceeded my expectations and a movie that I would recommend to anyone willing to listen to me.

On the other hand, indie cinema is not without its wooden spoons, and Raindance certainly wasn’t free of them. Maya Dardel was the worst film at the festival by a long mile; choking in its own heady blend of ageist elitism and casual misogyny ­– it was unfortunate that my Raindance experience had to end with that absolute stinker. Black Hollow Cage, a visually striking sci-fi thriller, unfortunately fell flat in a similarly boring manner thanks to its stilted performances, while Djam served as the antithesis to Hello Again by providing a pointless, self-indulgent musical-movie about two hugely sensitive world events that borders on offensive, even in spite of fantastic performances from its two lead actresses.

Don’t get me wrong, though. The presence of a few not-so-good movies amidst an otherwise great selection of films made Raindance a truly enjoyable experience, and I do hope I’ll get to cover the festival again next year. 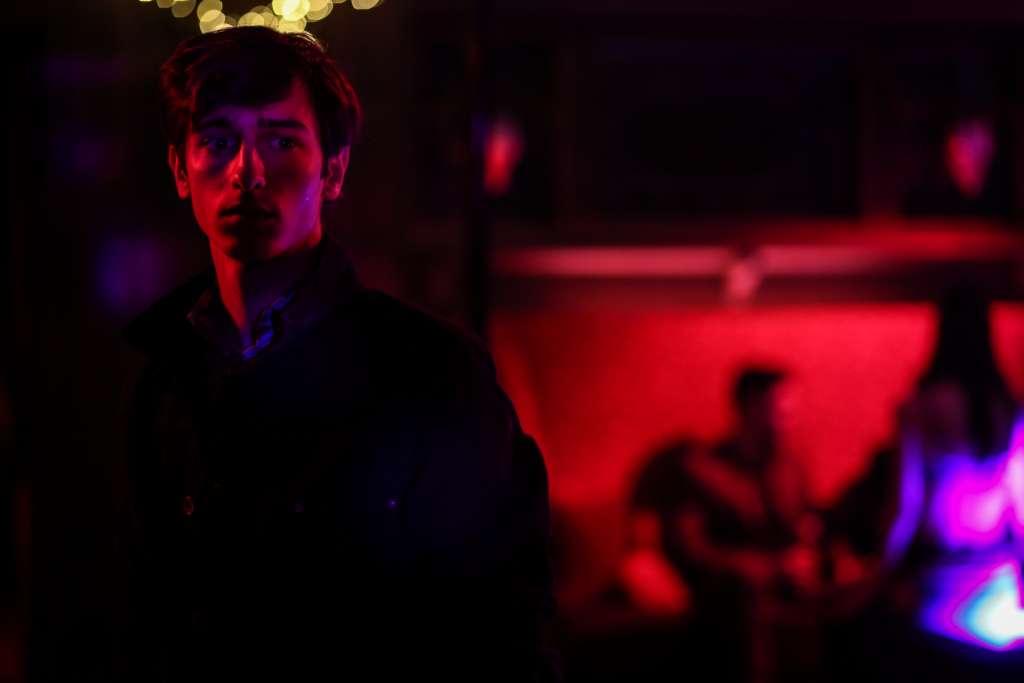 Best Discovery has been a pretty interesting strand at Raindance 25. At times, it seemed to encapsulate the entire sphere of film, for better or worse, into a 5-feature showcase. Themes, production quality, and acting standards remained diverse throughout all of the offerings – but, remarkably, ranking the winners and losers has been (for myself) a relatively uncomplicated task.

My pick for the best of the strand is undoubtedly Andrea De Sica’s Children of the Night. It’s a dizzying, unique, and hallucinatory journey into the darkness of the soul – sound-tracked to Italo-disco and lit by an Argento fanatic. As a horror-thriller-coming-of-age story set around a group of boarding-school pupils discovering a brothel in the woods, it’s both euphorically unique and morbidly fascinating. And, what’s more, De Sica is masterful in knowing where to twist the knife, changing the tone of the piece in ways that surprise and delight in equal measure. Hell, he even scored the piece himself on a synthesiser he bought for the project – Carpenter much?

At My Age, I Still Hide to Smoke was, admittedly, a very close second. Rayhana has crafted a skilled and naturalistic chamber piece that doesn’t so much debate as scream into the void of ultra-conservative religious society. Its naturalistic acting, impressive script (derived from a play of the same name), and deliberate pace were truly a sight to behold – and the audience were captivated by the heart-breaking story at the centre of the action.

At times dazzling, and at others unremarkable, A Trip to the Moon is my third choice. After a forgettable first two acts, Joaquin Cambre’s film comes into its own to form a magical-realist nightmare fantasia that’s sure to prove divisive. Despite a setup that feels stale, Cambre’s lunar adventure is surprising and exciting – choosing a take on mental illness which isn’t particularly sensitive, but is thrilling to behold nonetheless.

Well-acted, but ultimately inconsequential, Scaffolding comes in at fourth. Matan Yair’s social-realist drama about the relationship between a troubled student and his teacher is a personal affair for its director – but one that feels hollow to its audience. Inevitably from this sort of story, there’s very little at stake – and making the student character dislikeable (even if Asher Lax gives an impeccable performance) is a sure-fire way to eliminate audience involvement in an otherwise acceptable plot, but there’s much to admire on a technical level – and Yair has demonstrated potential for the future.

Lastly, The Story of a  Satellite collects the wooden spoon with an amateurish, pretentious, film-school-esque tale which is, at times, nigh-on unwatchable. Aside from the unoriginal pastel colours and Wes Anderson framing on show, the needless muddling of a simple plot to make the audience work for their entertainment, and stilted dialogue, the Amos Sister’s film features sound design that prioritises excruciating, offensive analogue noise, CRT hissing, and brutally loud firework sounds over all else; resulting in an experience that’s painful as well as being dull.

As works by relative newcomers, some of whom have never directed before, the Best Discovery strand has illuminated some truly remarkable talents to watch out for in the future. Most prominent of these is Andrea De Sica, who could well become the next master of Italian horror with his grasp of icky giallo thrills and neon madness. But, potentially, every one of these auteurs could turn in a great piece of work – providing they learn from their mistakes. For now, however, that was Raindance 25. James Witherspoon, signing out. 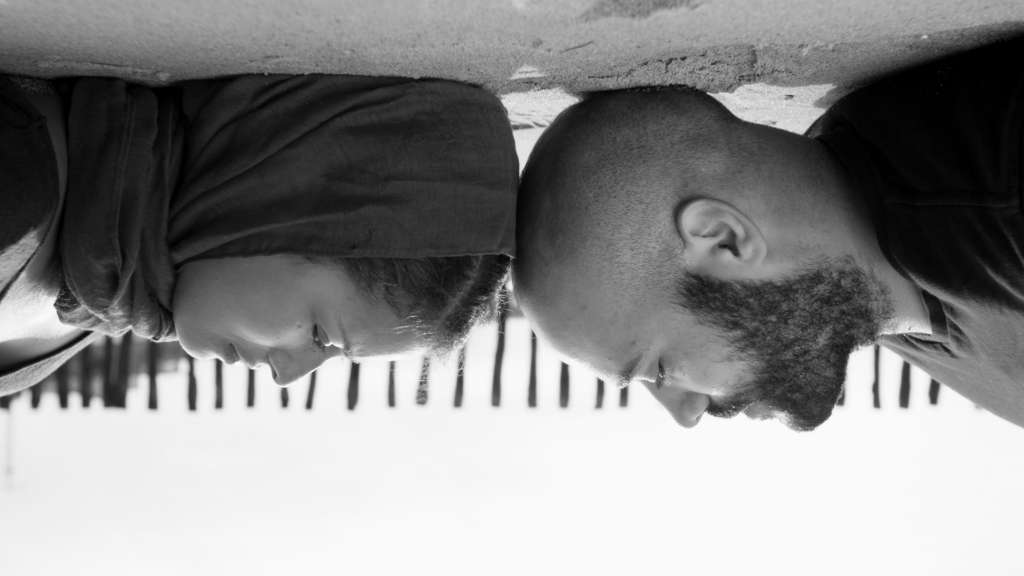 What I love about Raindance is its ability to surprise, with beautiful diamonds in the rough that are completely unexpected. This year’s Raindance was no different, presenting several films that are not only noteworthy, but also worth telling all your nearest friends and relatives to watch immediately. One such diamond was the stunningly sad, yet inspirational In Another Life, which blew me away. It even came in the form of the soundtrack in Afterparty igniting my unknown love of Serbian rap. But another joy of Raindance also comes in the form of the excitement it brought the team, and I’ve come out of the festival with an even longer list of films to see as recommended by the rest.

One notable film to mention was Stooge, which I went into thinking was completely not my thing. A film about the number one fan of Iggy Pop (a musician I know very little about) did not seem like it would ignite any sort of passion in me. But as I watched the story unfold, it was impossible not to get hooked to the strange but wonderfully insightful story it told. It is perhaps this film that will stick with me the longest, sparking that age old question of what it means to be human.

But without getting too deep, I’d like to thank all of the team at Raindance for having us and making it another wonderful festival in their 25th year and look forward to coming back again before we know it. 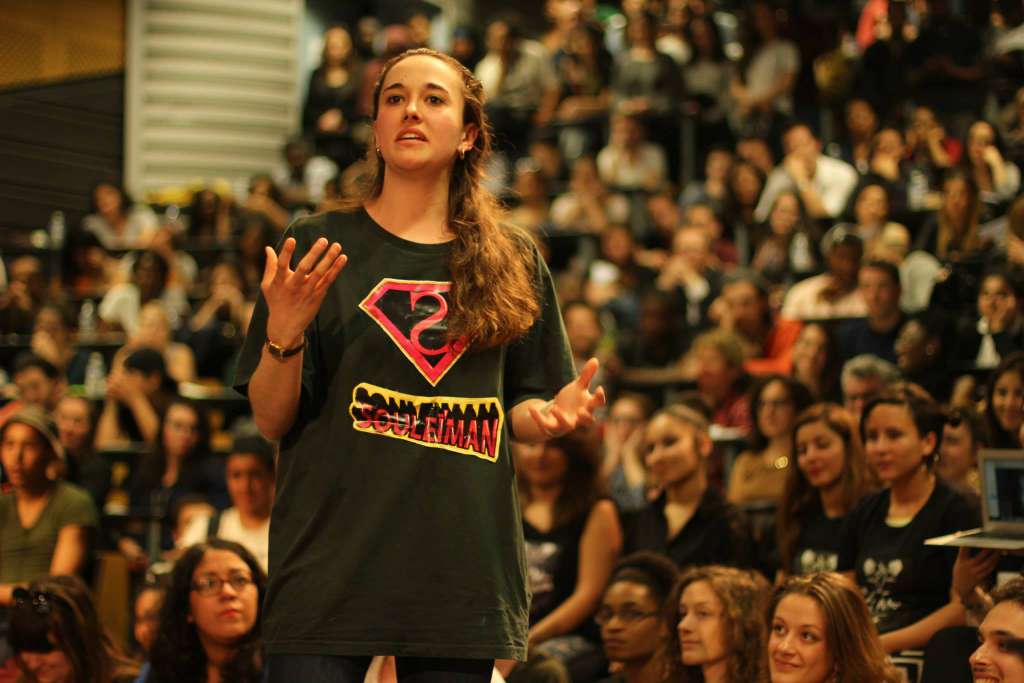 Today Raindance comes to an end, and with it my stint reviewing documentaries for The Panoptic. At the awards ceremony last night, the award for best documentary feature went to Riverblue, a film about the terrible pollution from the production of blue jeans in the developing world, and how our consumer habits are partially to blame. I think Riverblue was a worthy victor, (I gave it four out of five,) despite the problems I highlighted in my review. At the end of the day, it was a highly watchable and beautifully shot documentary which has the potential to spur people into action – especially now with Raindance’s blessing.

I gave Speak Up, a film about a public speaking competition at a French university, a higher rating, but that film was a heartwarming easy ride rather than a call to action. If I had to pick a best documentary based on social importance, it would have been Riverblue. I would also like to give an honourable mention to Bluefin, which sadly missed out on an award this time round. Tackling the subject of endangered bluefin tuna fishing in Canada, I thought it was a great film which deftly balanced the human considerations of fishing communities and their ways of life against the environmental considerations of bluefin and their brush with extinction. At just over 50 minutes, I can see that film making a splash on television in the future. 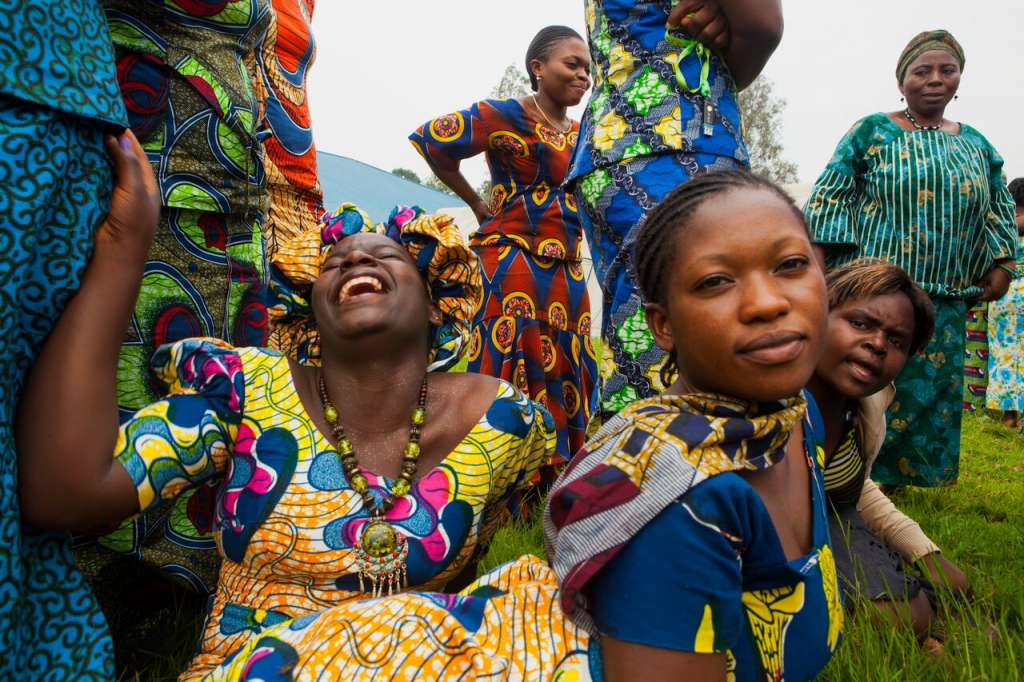 Although the best month of the year is now officially underway (it’s time to whip out those woolly jumpers and start making plans for Halloween), we at The Panoptic are simultaneously sad to see the end of the 25th Raindance Film Festival. Brimming with films covering a vast range of topics and styles, this year’s festival boasted a line-up that offered something for just about everyone.

More specifically, I was tasked with reviewing the ‘Women in Film’ selections: City of Joy, Melody Makers and Barrage, all directed by women. Initially, I felt a slight indignation that we are still at a point in time where ‘Women in Film’ needs to be celebrated as a category in itself and that women are still proving themselves and their “contribution to the industry”. However, I was impressed with the efforts of the team at Raindance to celebrate diversity in cinema (each viewing preceded by an advert for their ’25×25′ campaign), as well as the efforts made to acknowledge the difficulties faced within certain margins of the industry.

Whilst all three films covered very different subject matters and are, as such, difficult to compare, they must all be commended for being captivating in their own ways. One film, however, stood out from the rest; the sensitive work of Madeleine Gavin in City of Joy made light of an incredibly important issue in the Eastern Democratic Republic of Congo, whilst aptly telling the stories of the subjects in the way that they wanted them to be told. One of the most important films that I have seen to date, City of Joy is – in my opinion – an absolute must-see for all. 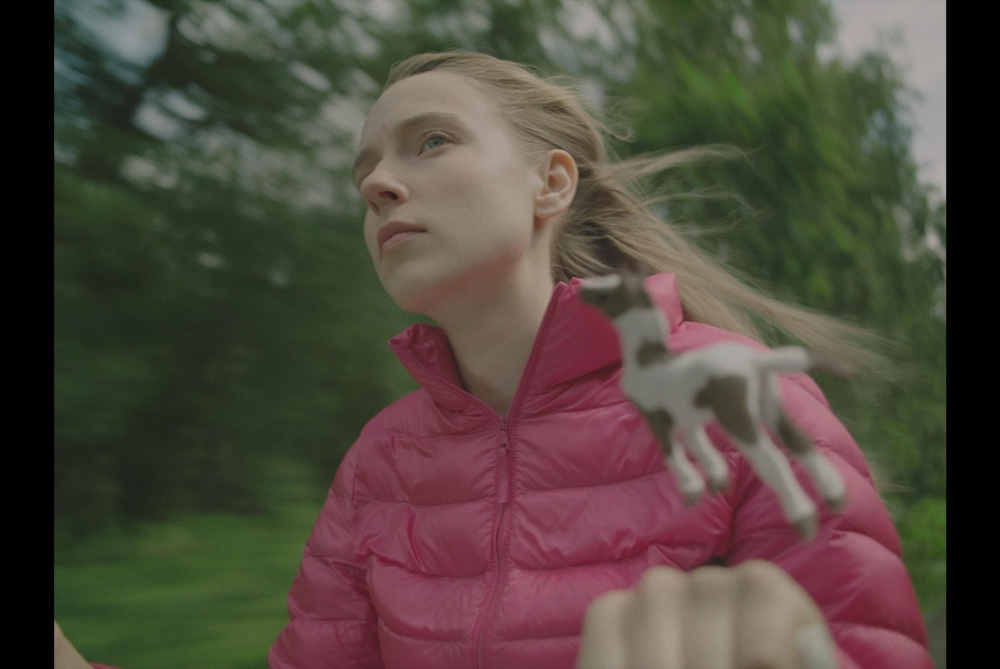 The Raindance Film Festival was a vibrant, exciting two weeks in which I had the opportunity to watch over 20 short films, both from abroad and made in the UK. The highlight, if I had to pick one, would be The Escape, directed by two-time academy award winner Paul Franklin. This dystopian feature told the story of a man who has the chance to live his greatest desire through the use of a drug, for the price of everything he owns. It is an exploration of what it is that man truly strives for, which one would expect to be power, richer, or sex, but ultimately the film surprises and subverts your expectations. Thought-provoking ideas, incredible actors, original story: this film had all the components of all the best features I had the enjoyment of watching over the course of the festival. I look forward to returning next year to immerse myself again in the innovation of the festival

Finally, we would like to thank Raindance Film Festival for having us, and we look forward to Raindance 26! Check out the full list of winners at this year’s festival here.