Twelve months may pass you by in the blink of an eye, but good film never dies. While 2017 definitely had its fair share of stinkers, I’d wager that there’s also proof in this year’s movies that the film industry still has some spunk left in it.

From Instagram thriller-comedies to groundbreaking sequels, and even a psychological horror retelling of the creation myth, 2017 really did have something for everyone. If you haven’t seen any of the films on this list – though honestly, you probably have if you’re a discerning cinema-goer – get on them before 2018 (or some brand spanking new Netflix series) rolls around and relegates last year’s movies to the bottom of your watch-pile. 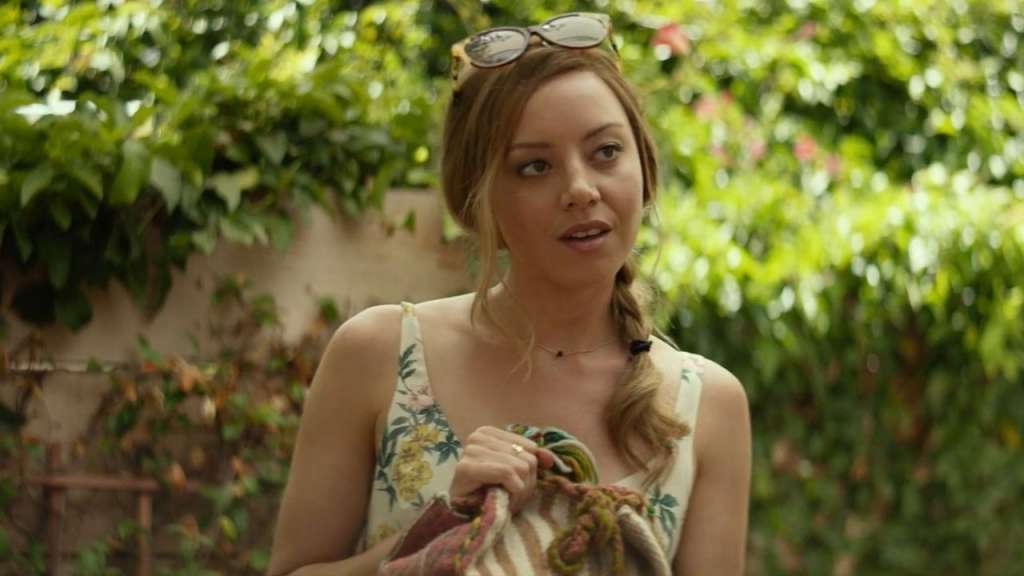 Possibly one of the most biting pieces of commentary on social media today, the spirit of Alfred Hitchcock meets the Instagram generation in this zany thriller-comedy hybrid. Aubrey Plaza is both ferocious and hilarious in her role as Ingrid Thorburn, a deranged millennial who uses her wits (and considerable inheritance) to scam her way into the social circle of an Instagram it-girl. But of course, the gloriously filtered façade of social media high society soon becomes harder for Ingrid to keep up, and so begins a semi-depraved descent into the depths of obsession and vengeance – or, more accurately, the almost-depths. While the film comes to an anti-climax and never truly goes as far as it could (or should), it certainly boasts more than a few shining moments, and is by all means a must-watch for every true-blue social media millennial out there. It’s out On DVD on 26th March. 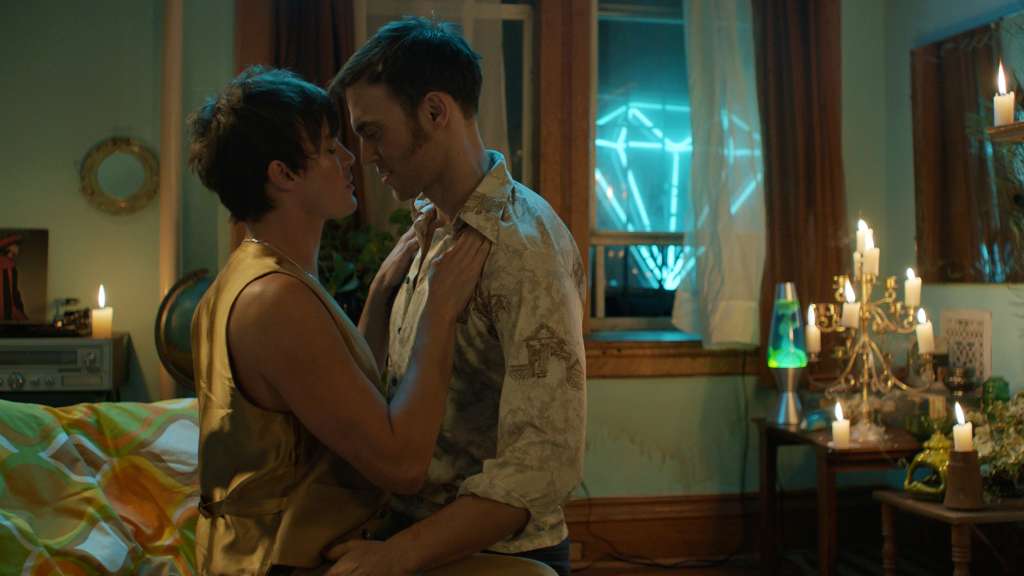 After La La Land swept the 2016 awards season, you’d think that there was no room for another musical-movie on the market, but Hello Again more than fills in the big boots left by its spiritual predecessor. Set in New York across ten different time periods, the film focuses on ten loosely-connected couples of varying sexualities, each with their own problems that are quirky as they are poignant. But, unlike other musical-movies about love, Hello Again does not make a point of dishing out romance like it is a dying art – rather, it casually subverts the ideas of courtship, sex, and the unrealistic ideal of “true love” in a delightfully tongue-in-cheek manner. Brought to life by Broadway legends Audra McDonald and Martha Plimpton, alongside Glee alumni Jenna Ushkowitz and talented newcomer Al Calderon, this is undoubtedly one of the feel-good movies of the year, let alone the winter. 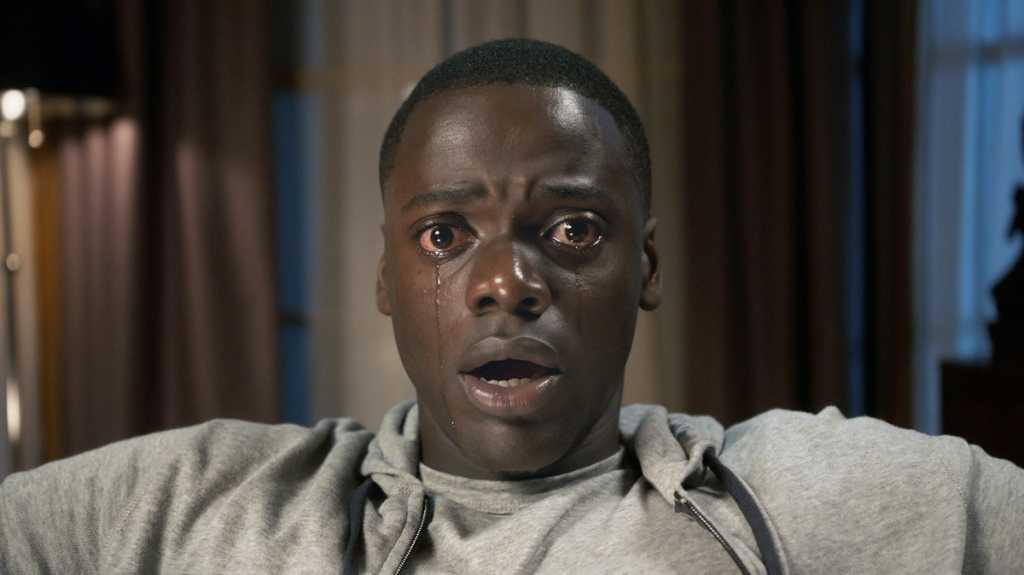 Get Out deservedly made waves this year with its genre-busting combination of social commentary and insidiously slow-burning horror. Armed with beautiful cinematography, an adept take on race relations in modern America, and a stellar performance from Daniel Kaluuya, Jordan Peele’s directorial debut blasts every Blumhouse movie (and almost every other non-slasher flick) out of the water with ease. No other film I’ve seen this year has managed to pace itself as well as Get Out does, either – and the movie culminates with a frenzied, blood-soaked finale that ensures its message remains seared into viewers’ brains long after the credits roll. You can watch Get Out now. 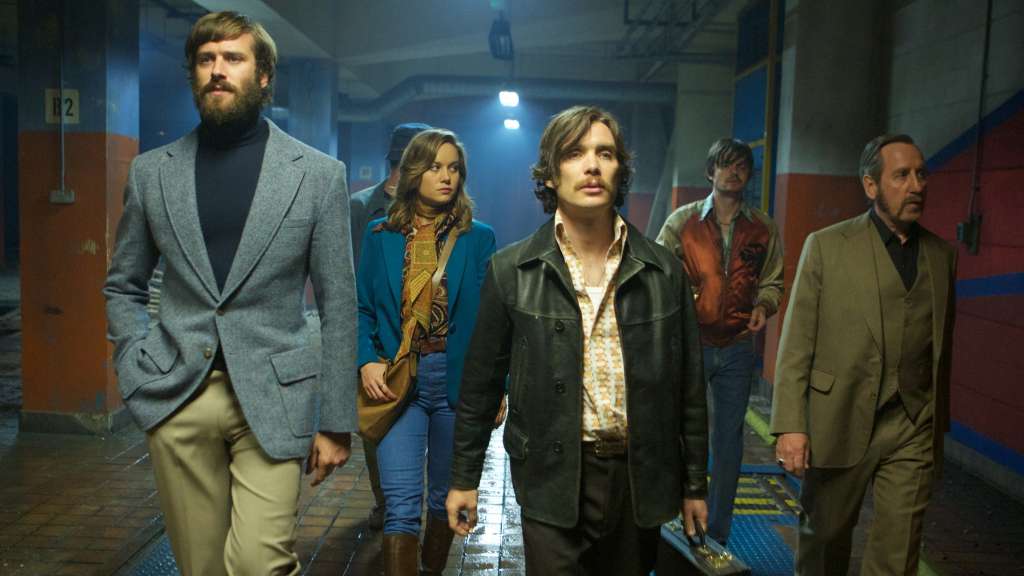 What do you get when you lock a group of wannabe terrorists in an abandoned warehouse with their wisecracking arms dealer and his bodyguards? An action movie like no other, as Free Fire demonstrates. Violent, ludicrously funny, and infinitely rewatchable – I’ve seen it four times this year and will not hesitate to put it on again with the next friend of mine who hasn’t seen it – Free Fire will demolish all your expectations for an action movie with the power (and grace) of a freight train crashing through a brick wall. The film hardly lacks star power either. Brie Larson, Sharlto Copley, and Cillian Murphy all give compelling performances, and Armie Hammer particularly shines as a wonderfully charismatic, weed-smoking American sharpshooter. Ben Wheatley’s blend of absurdist humour, nail-bitingly intense shootout sequences, and perhaps the most lovable cast of characters in action movie history, all come together perfectly to invoke no small number of laughs and thrills in equal measure. Out now. 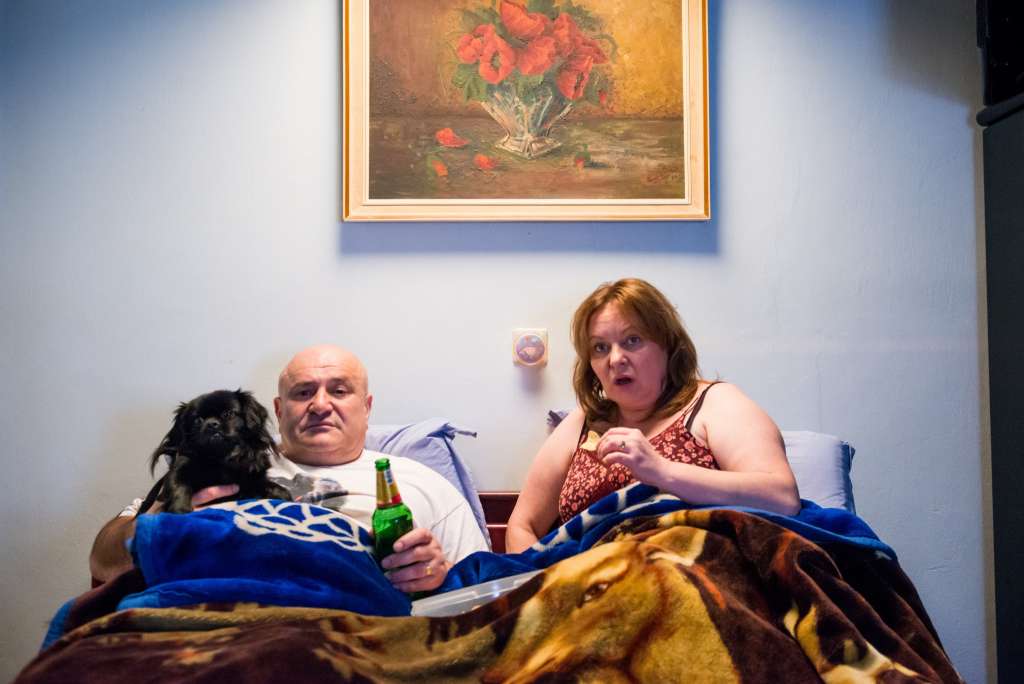 A self-proclaimed “love story about hate”, The Constitution pulls no punches in its exploration of human nature and its idiosyncrasies, and is possibly one of the shrewdest pieces of European cinema to hit screens in the past decade. Neither does this stop it from being a rib-tickling powerhouse of a comedy. Populated by a main cast of three – a homophobic Serbian police officer, his charming wife, and a racist homosexual academic – the film is a charming, heartfelt spectacle about tolerance and friendship that manages to be both incredibly pertinent and rip-roaringly funny. With some of the best characterisation on screens this year and astute insight into the rising bigotry across Europe, The Constitution truly captures the essence of what it means to be human, and what it means to seek solace in others. 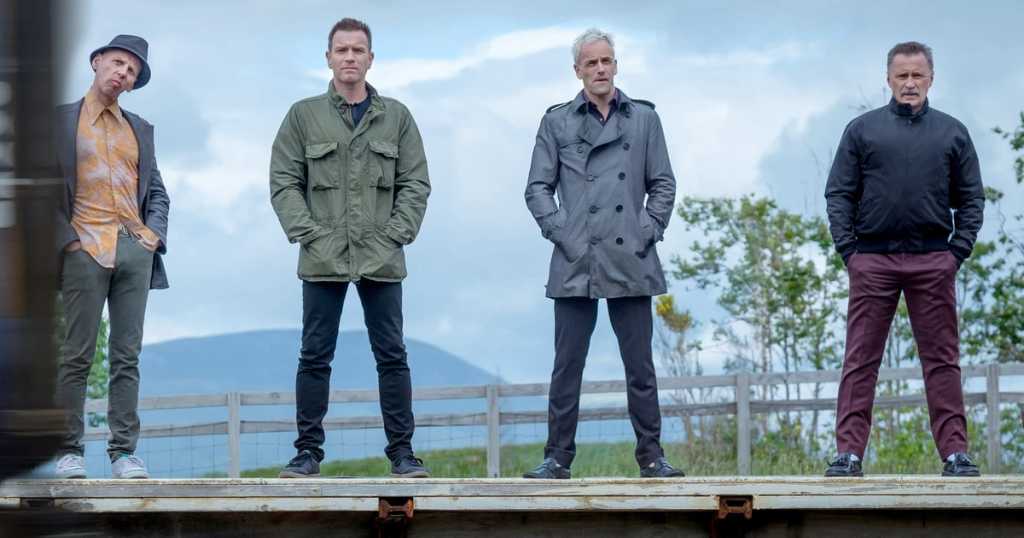 Usually, I’m happy to be the film critic moaning about how the relentless barrage of sequels and reboots signals the death of originality in film. T2: Trainspotting doesn’t leave me much room to continue with this line of critique, though. Reuniting the seminal cast of Trainspotting – arguably one of the films that defined the 90s itself – for a sequel that would not fall into the shadow of the colossal legacy its predecessor left must not have been an easy task for Danny Boyle. But boy, did he pull through. The skagboys may have aged, but their talents are still very much present. Ewen Bremner is as timid and amiable as ever in his role as Spud, Ewan McGregor is captivating even as a now-disillusioned Renton, Jonny Lee Miller’s signature Sick Boy charm is still intact after two decades, and Robert Carlyle’s Begbie is back with a murderously reloaded vengeance. British film is by no means dead, and the relentless slew of scene after beautiful scene, combined with a soundtrack that hits the sweet spot between nostalgic pandering and new indie greats, helps T2: Trainspotting prove it. Watch it now! 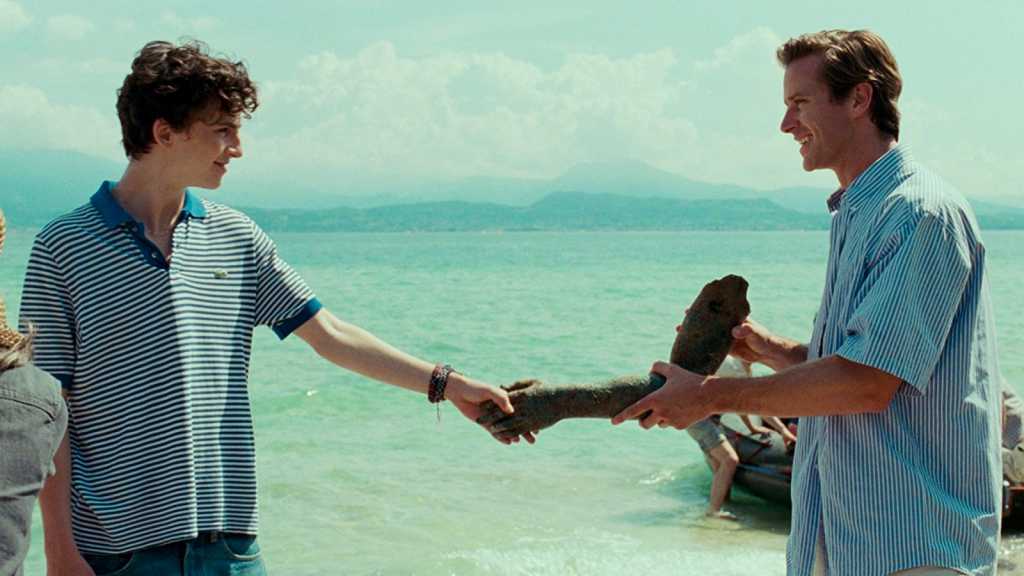 4. Call Me By Your Name (dir. Luca Guadagnino)

Armie Hammer’s streak of successes this year seems to involve him playing well-spoken, charismatic Americans, but his performance in Call Me By Your Name may foreseeably remain his magnum opus for years to come. Hammer’s onscreen chemistry with equally riveting newcomer Timothée Chalamet is steamy enough to power all the engines of the Industrial Revolution at once ­– and director Luca Guadagnino was clearly not afraid to use everything he could muster to his advantage. Moving from sensual love scenes to carefree and tender bliss beneath the blazing Italian summer sun, Call Me By Your Name is a masterpiece in almost every aspect, and alternately tickles or wrenches the heartstrings of its viewers right up to its haunting final scene. It doesn’t hurt that the film is accompanied by a sublime soundtrack, combining 80s bangers from the Psychedelic Furs with graceful original compositions from Sufjan Stevens and Ryuichi Sakamoto. Oh, and I should say – you’ll never look at peaches the same way again. Available on March 5th, or if you’re old school you can buy the book now. 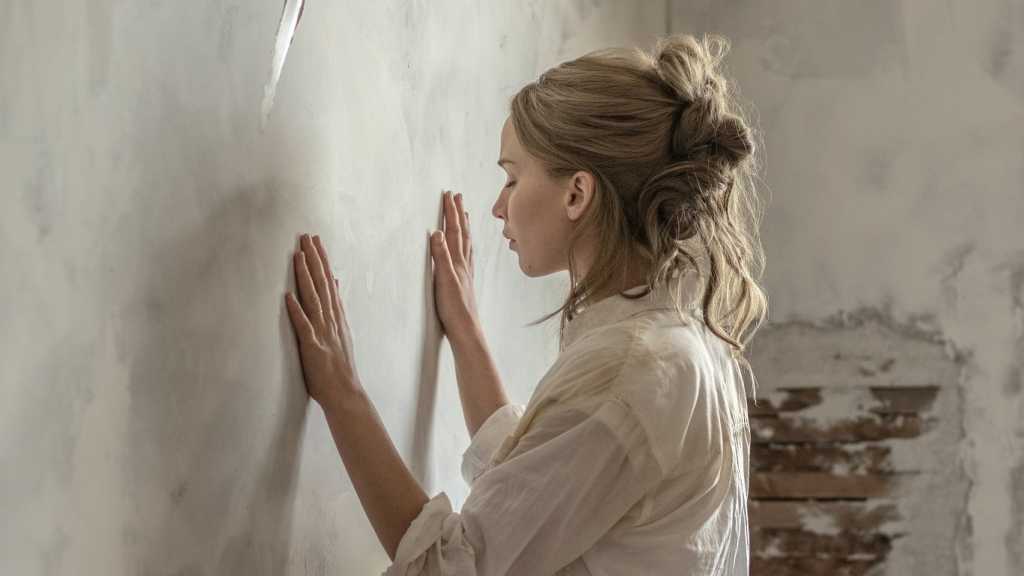 Hell is not a concept or a place, it is a state of mind, and it truly takes hold if you dare watch Darren Aronofsky’s latest film. mother! is the only film this year that I find completely indescribable. As a piece of entertainment, it is scabrous, brash, and horrifying beyond belief. As a work of art, it is pure genius, and the most original analogy of the Christian creation myth to date. The sheer terror and wonder that ensued from watching it remains with me to this day, but any attempts I have made to articulate those emotions further have failed miserably. Neither can I write Jennifer Lawrence off as a mediocre actress any longer – her performance as the titular ‘mother’ is wracked with unbridled anguish and pain, the strength of which was enough to leave me a shivering wreck curled up in the seats of the Camden Odeon. Don’t let the F on Cinemascore or the lukewarm rating on Rotten Tomatoes fool you. mother! is on another level of filmmaking altogether. And yes, that exclamation point does belong there – just like it belonged at the end of each gasp that it ripped from audiences’ mouths all across the world. It’s out, so you can watch it now. 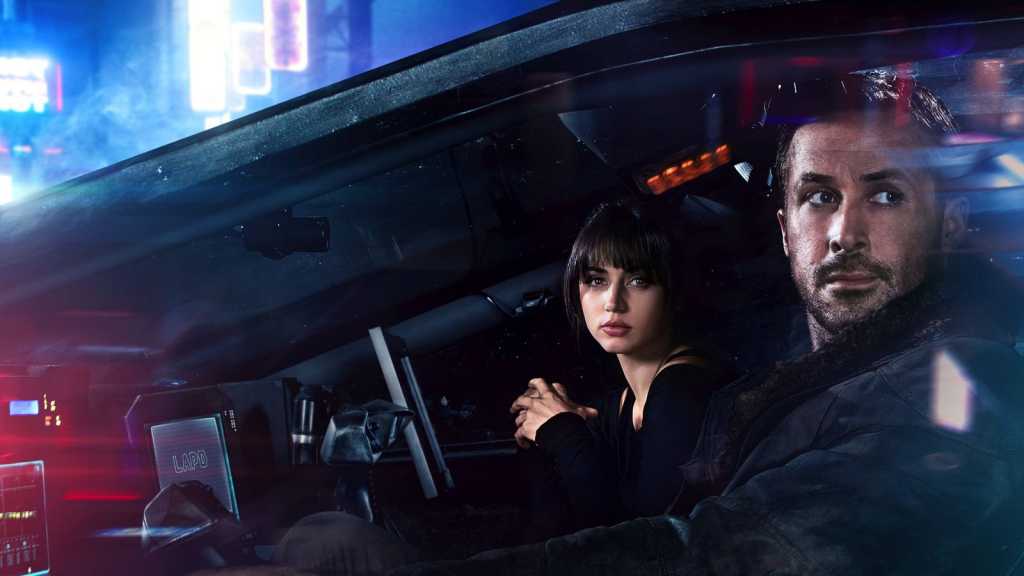 Hark, the replicants sing! There truly is a God out there. He may not look like Javier Bardem, as mother! may suggest, but He sure does like science fiction. How else could I explain the existence of Blade Runner 2049, a film so perfect in every way that it could only be a divine sci-fi aficionado’s gift to mankind? Visually, the film is a perfect 10, with breathtaking cinematography and colour palettes that audiences and artists alike would drool over. As for the story itself, Hampton Fancher deserves praise on high for one of the most poignant sci-fi tales ever to be cinematically adapted. Add Ryan Gosling at its helm as the stoically tragic Officer K, and you get a film so flawless that even Ridley Scott wants to claim major involvement. If Denis Villeneuve were to announce tomorrow morning that he could walk on water, I would probably believe him – after Blade Runner 2049, I am convinced that the man could do pretty much anything. Pre-order for the 5th February if you just can’t wait! 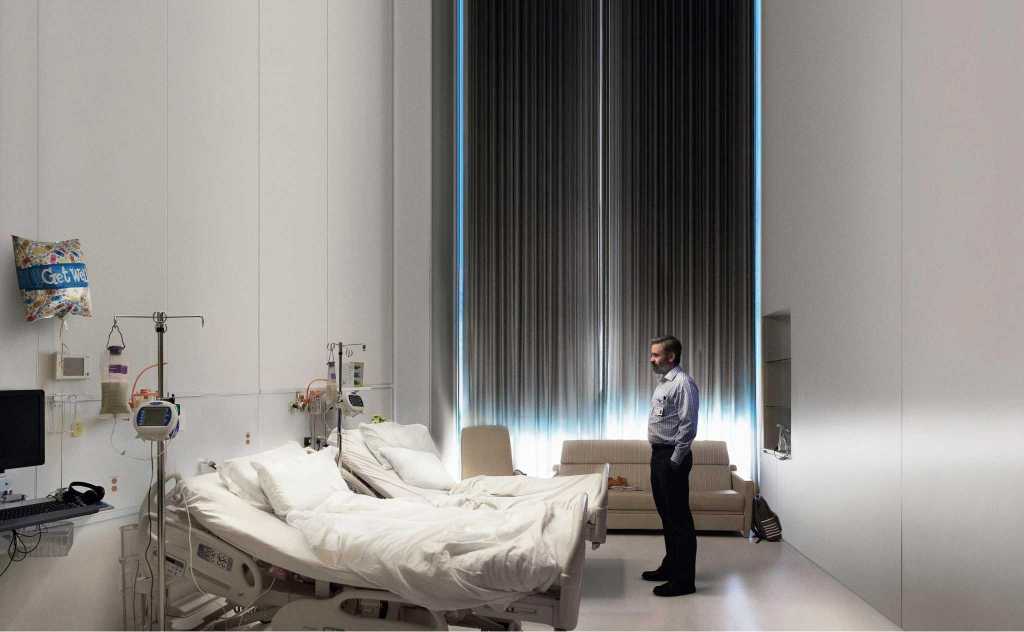 1. The Killing of a Sacred Deer (dir. Yorgos Lanthimos)

I’ve always been a sucker for movies that are sinister in their banality before ramping up the tension several notches, and Yorgos Lanthimos’s latest cinematic outing ticks all the boxes for me. Stylish and subversive, The Killing of a Sacred Deer continues the Greek auteur’s artistic motifs of deadpan delivery and expressionless acting, all in the name of exemplifying the living nightmare that Colin Farrell’s Dr. Steven Murphy finds himself embroiled in. Farrell, accompanied by a resplendent Nicole Kidman, are a beautifully dysfunctional onscreen duo, yet still contain enough nuance in their relationship for viewers to sympathise with them as the film builds to its shocking climax. An exceptionally malevolent performance from Barry Keoghan as Martin is the film’s real crowning glory, however – his unexplained friendship with Murphy proves to have debilitating consequences, as a curse descends upon Murphy’s family that only a horrifying act can lift. The lack of onscreen despondency is a welcome change from the normally-oversaturated display of emotions in today’s typical blockbuster, and only adds to the ominous atmosphere that Thimios Bakathakis’s cold, symmetrical cinematography builds up exquisitely. It’s out March 5th for all your viewing pleasure.